New evidence that the mind-blowing brew goes back millennia

Today’s hipster creatives and entrepreneurs are hardly the first generation to partake of ayahuasca, according to archaeologists who have discovered traces of the powerfully hallucinogenic potion in a 1,000-year-old leather bundle buried in a cave in the Bolivian Andes.

Led by University of California, Berkeley, archaeologist Melanie Miller, a chemical analysis of a pouch made from three fox snouts sewn together tested positive for at least five plant-based psychoactive substances. They included dimethyltryptamine (DMT) and harmine, key active compounds in ayahuasca, a mind-blowing brew commonly associated with the Amazon jungle.

“This is the first evidence of ancient South Americans potentially combining different medicinal plants to produce a powerful substance like ayahuasca,” said Miller, a researcher with UC Berkeley’s Archaeological Research Facility who uses chemistry and various technologies to study how ancient humans lived.

She is lead author of the study, published today (Monday, May 6) in the journal Proceedings of the National Academy of Sciences.

Miller’s analysis of a scraping from the fox-snout pouch and a plant sample found in the ritual bundle — via liquid chromatography tandem mass spectrometry — turned up trace amounts of bufotenine, DMT, harmine, cocaine and benzoylecgonine. Various combinations of these substances produce powerful, mind-altering hallucinations.

The discovery adds to a growing body of evidence of ritualistic psychotropic plant use going back millennia, said Miller, a postdoctoral fellow at the University of Otago in New Zealand who conducted the research during her doctoral studies at UC Berkeley.

“Our findings support the idea that people have been using these powerful plants for at least 1,000 years, combining them to go on a psychedelic journey, and that ayahuasca use may have roots in antiquity,” said Miller.

The remarkably well-preserved ritual bundle was found by archaeologists at 13,000-foot elevations in the Lipez Altiplano region of southwestern Bolivia, where llamas and alpacas roam. The leather kit dates back to the pre-Inca Tiwanaku civilization, which dominated the southern Andean highlands from about 550 to 950 A.D.

In addition to the fox-snout pouch, the leather bundle contained intricately carved wooden “snuffing tablets” and a “snuffing tube” with human hair braids attached, for snorting intoxicants; llama bone spatulas; a colorful woven textile strip and dried plant material. All the objects were in good shape, due to the arid conditions of the Andean highlands.

Though the cave where the artifacts were found appeared to be a burial site, an excavation did not turn up human remains. Moreover, the plants found in the bundle do not grow at those altitudes, suggesting the bundle’s owner may have been a traveling shaman or another expert in the rituals of psychotropic plant use, or someone who was part of an extensive medicinal plant trading network.

“A lot of these plants, if consumed in the wrong dosage, could be very poisonous,” Miller said. “So, whoever owned this bundle would need to have had great knowledge and skills about how to use these plants, and how and where to procure them.”

Of particular fascination to Miller is the pouch made of three fox snouts. She describes it as “the most amazing artifact I’ve had the privilege to work with.”

“There are civilizations who believe that, by consuming certain psychotropic plants, you can embody a specific animal to help you reach supernatural realms, and perhaps a fox may be among those animals,” Miller said.

Ayahuasca is made from brewing the vines of Banisteriopsis Caapi and the leaves of the chacruna (Psychotria viridis) shrub. The leaves release DMT, and the vines release harmine — and therein lies the secret of the ayahuasca effect.

“The tryptamine DMT produces strong, vivid hallucinations that can last from minutes to an hour, but combined with harmine, you can have prolonged out-of-body altered states of consciousness with altered perceptions of time and of the self,” Miller said.

Once the drugs take effect, ayahuasca users typically enter a purgative state, which means they vomit a lot.

Miller joined the Cueva del Chileno excavation project when archaeologists Juan Albarracín-Jordán of the Universidad Mayor de San Andrés in Bolivia and José Capriles of Pennsylvania State University sought her expertise to identify the plant matter they had found in the bundle.

She traveled for two days to reach the cave site near the remote south Bolivian village of Lipez and helped with the final phases of the excavation. The bundle was transported to a laboratory in La Paz and, once permits were in place, samples were exported to the lab of Christine Moore, chief toxicologist with the Immunalysis Corp. in Pomona, California.

Moore’s lab provided the liquid chromatography tandem mass spectrometry technology needed to conduct toxicology tests on the samples. Once the contents of the Andean bundle tested positive for five kinds of psychotropic substances, Miller’s research team was over the moon.

“We were amazed to see the incredible preservation of these compounds in this ritual bundle,” said Miller. “I feel very lucky to have been a part of this research.”

“We already knew that psychotropics were important in the spiritual and religious activities of the societies of the south-central Andes, but we did not know that these people were using so many different compounds and possibly combining them together,” said Jose Capriles, assistant professor of anthropology, Penn State. “This is the largest number of psychoactive substances ever found in a single archaeological assemblage from South America.”

The researchers were searching for ancient occupations in the dry rock shelters of the now-dry Sora River valley in southwestern Bolivia when they found a ritual bundle as part of a human burial. The bundle — bound in a leather bag — contained, among other things, two snuffing tablets (used to pulverize psychotropic plants into snuff), a snuffing tube (for smoking hallucinogenic plants), and a pouch constructed of three fox snouts.

The team used accelerator mass spectrometry radiocarbon dating to determine the age of the outer leather bag and found that it was about 1,000 years old.

“This period in this location is associated with the disintegration of the Tiwanaku state and the emergence of regional polities,” said Capriles.

In addition, the team used a scalpel to obtain a tiny scraping from the interior of the fox-snout pouch and analyzed the material using liquid chromatography with tandem mass spectrometry.

“This method is highly sensitive and very effective for detecting the presence of minute amounts of specific compounds from very small samples,” said Melanie Miller, postdoctoral fellow at the University of Otago, New Zealand, and research affiliate at the University of California, Berkeley, who was responsible for analyzing the samples.

The researchers identified the presence of multiple psychoactive compounds — cocaine, benzoylecgonine (the primary metabolite of cocaine), harmine, bufotenin, dimethyltryptamine (DMT) and possibly psilocin (a compound found in some mushrooms) — from at least three different plant species (likely Erythroxylum coca, a species of Anadenanthera and Banistesteriopsis caani). The results will appear during the week of May 6 in Proceedings of the National Academy of Sciences.

According to Capriles, the fox-snout pouch likely belonged to a shaman.

“Shamans were ritual specialists who had knowledge of plants and how to use them as mechanisms to engage with supernatural beings, including venerated ancestors who were thought to exist in other realms,” said Capriles. “It is possible that the shaman who owned this pouch consumed multiple different plants simultaneously to produce different effects or extend his or her hallucinations.'”

Capriles noted that the co-occurrence of harmine and DMT, which are the primary ingredients of ayahuasca — a beverage that is reported to induce hallucinations and altered consciousness — in the pouch suggests the use of this beverage as one of the drugs in the shaman’s kit.

“Some scholars believe that ayahuasca has relatively recent origins, while others argue that it may have been used for centuries, or even millennia,” said Capriles. “Given the presence of harmine and DMT together in the pouch we found, it is likely that this shaman ingested these simultaneously to achieve a hallucinogenic state, either through a beverage, such as ayahuasca, or through a composite snuff that contained these plants in a single mixture. This finding suggests that ayahuasca may have been used up to 1,000 years ago.”

Not only does the presence of numerous compounds suggest simultaneous use of drugs and earlier use of ayahuasca, in particular, but it also indicates intricate botanical knowledge by the owner of the pouch and an effort to acquire hallucinogenic plants, as the plants came from different regions of mostly tropical South America.

“The presence of these compounds indicates the owner of this kit had access to at least three plants with psychoactive compounds, but potentially even four or five,” said Miller. “None of the psychoactive compounds we found come from plants that grow in this area of the Andes, indicating either the presence of elaborate exchange networks or the movement of this individual across diverse environments to procure these special plants. This discovery reminds us that people in the past had extensive knowledge of these powerful plants and their potential uses, and they sought them out for their medicinal and psychoactive properties.” 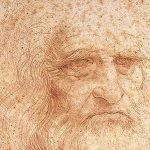 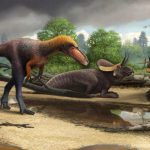