The Royal Ballet is delighted to announce that Peter Wright’s much-loved production of The Nutcracker will be broadcast live to over 900 cinemas this Christmas. On Thursday 8 December 2022, audiences in 20 countries around the world will be able to watch a stunning cast that includes Principal dancer Fumi Kaneko as the Sugar Plum Fairy, and Principal dancer William Bracewell as The Prince.

The Royal Ballet’s production remains true to the spirit of the original Russian classic, featuring a mix of solo and ensemble pieces that showcase the Company at its best. Created in 1984, but substantially reworked since that date, it is a work of lasting magic – set to Tchaikovsky’s irresistible score, and featuring sweeping snowscapes, magical stagecraft and a showstopping series of dances performed in the dream-like Land of Sweets.

With gorgeous period designs by Julia Trevelyan and lighting by Mark Henderson, The Nutcracker is an ideal family production – appealing to fans and first timers alike, and offering the perfect opportunity to kickstart the festive season in style.

Our cinema programme has brought opera and ballet to audiences across the globe since 2008. For the 2022/23 Season, an astonishing 13 productions from The Royal Ballet and The Royal Opera will be broadcast to more than 1,300 cinemas from the UK all the way to New Zealand. Each broadcast offers audiences the best seat in the house, and includes exclusive behind-the-scenes footage, interviews and insights into the rehearsal process. The programme forms an integral part of our plan to secure our future, expand audiences and continue to help facilitate the vital recovery of cinema domestically and internationally.

Orchestra of the Royal Opera House 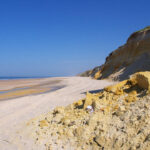 Footprints indicate the presence of man in Southern Spain in the Middle Pleistocene, 200,000 years earlier than previously thought 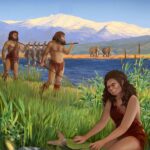 On the Fringe (En los màrgenes)

Shepherds of the Earth: the dilemma between tradition and nature conservation in Africa