Dramatic events in demographics led to the spread of Uralic languages

Our understanding of the prehistory of the Finnish language is becoming clearer: Shifts in climate and periods of drought may have been the original reasons for which the community, which originated in western Siberia, spread first from east to west and later from south to north.

A multidisciplinary research group from the University of Helsinki has renewed our understanding of the history of the Uralic language family and languages such as Finnish, Estonian, Saami and Hungarian.

“Observations regarding the main prehistoric developments from linguistics, archaeology and genetics can now be legitimately combined. We have reason to believe that the spread of the Uralic languages began in western Siberia during the early Metal Age and happened quite quickly,” says Professor Volker Heyd.

The westward spread of Uralic languages happened approximately 4,200–3,900 years ago, first to the central Volga region and later to the Baltic Sea and North Atlantic.

The dispersal of the Uralic language family is connected to three episodes.

(1) A shift in the natural environment (the 4.2ka event): the air in
Siberia became colder, spreading outwards to cause widespread droughts
and colder winters.

(3) Contacts with Indo-Iranian languages, which led to foreign vocabulary entering the Uralic languages. Languages formerly spoken in the area were assimilated.

With a history of approximately 4,500 years, the Uralic language family is nearly as old as the Indo-European one, which began to spread across Eurasia approximately 5,100 years ago. The spread led to contacts with Indo-Iranian language variants and the creation of a long contact zone in the area currently known as central Russia. Early loan words originating from this contact made their way into the Uralic languages that were beginning to emerge, including Sami, the Balto-Finnic languages, Mordvinic, Mari and the Permic languages. However, they are absent from the Samoyedic languages, the easternmost branch of the language family.

The early Metal and Bronze Age cultures and their networks promoted the rapid westward spread of languages. Waterways were of particular importance for this early migration, carrying also metals initially from the Ural Mountains and Siberia to the west, as well as later from the Volga to the Baltic region.

In the first stage the Uralic spread went from east to west, and in the second individual branches from south to north. The speakers of the early Uralic languages, in the area bordered by the Volga and its tributaries Oka and Kama, learned agriculture and animal husbandry from their Indo-European neighbours in Europe. As climate conditions improved, agriculture spread to the furthest reaches of the northern steppes.

“The geographically extensive area of the Uralic languages has long been explained as resulting from a spread from the centre outwards, or from inner Russia to its periphery. Now the latest data from several different disciplines establish that the spread took place almost exclusively from east to west,” says Professor Riho Grünthal. 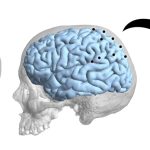 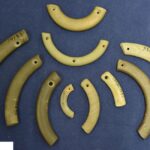 Friendship ornaments from the Stone Age