In Search of the Lost City of Natounia: archaeological investigations offer up new findings on the history of Parthian settlements in Iraqi Kurdistan

The mountain fortress of Rabana-Merquly in modern Iraqi Kurdistan was one of the major regional centres of the Parthian Empire, which extended over parts of Iran and Mesopotamia approximately 2,000 years ago. This is a conclusion reached by a team of archaeologists led by Dr Michael Brown, a researcher at the Institute of Prehistory, Protohistory and Near-Eastern Archaeology of Heidelberg University. Together with Iraqi colleagues, Brown studied the remains of the fortress. Their work provides important insights into the settlement structures and history of the Parthians, about whom there is surprisingly little knowledge, emphasises Dr Brown, even though the annals of history record them as a major power. Furthermore, Rabana-Merquly may be the lost city of Natounia.

Situated on the southwest flanks of Mt. Piramagrun in the Zagros Mountains, the stone fortress of Rabana-Merquly comprises not only the nearly four-kilometre-long fortifications but also two smaller settlements for which it is named. Because of its high position on the mountain, mapping the site was possible only with drones. Within the framework of multiple excavation campaigns conducted from 2009 and most recently between 2019 and 2022, the international team of researchers was able to study the archaeological remains on site. Structures that have survived to this day suggest a military use and include the remains of several rectangular buildings that may have served as barracks. The researchers also found a religious complex possibly dedicated to the Zoroastrian Iranian goddess Anahita.

The rock reliefs at the entrance to the fortress are of special significance, along with the geographic location of the fortification in the catchment area of the Lower Zab River, known in antiquity by its Greek name of Kapros. The researchers suspect that Rabana-Merquly may be the lost city of Natounia. Until now, the existence of the royal city known as Natounia on the Kapros, or alternatively as Natounissarokerta, has been documented only on a few coins dating from the first century BC. According to one scientific interpretation, the place name Natounissarokerta is composed of the royal name Natounissar, the founder of the Adiabene royal dynasty, and the Parthian word for moat or fortification. “This description could apply to Rabana-Merquly,” states Dr Brown.

According to the Heidelberg archaeologist, the wall reliefs at the entrance to the fortress could depict the city’s founder, either Natounissar or a direct descendant. The researcher explains that the relief resembles a likeness of a king that was found approximately 230 kilometres away in Hatra, a location rich in finds from the Parthian era. The Rabana-Merquly mountain fortress is located on the eastern border of Adiabene, which was governed by the kings of a local dynasty dependent on the Parthians. It may have been used, among other things, to conduct trade with the pastoral tribes in the back country, maintain diplomatic relations, or exert military pressure.

“The considerable effort that must have gone into planning, building, and maintaining a fortress of this size points to governmental activities,” stresses Dr Brown.

The current research in Rabana-Merquly is being funded by the German Research Foundation as part of priority programme 2176, “The Iranian Highlands: Resilience and Integration of Premodern Societies”. The aim of the research project is to investigate Parthian settlements and society in the Zagros highlands on both sides of the Iran-Iraq border. During the latest excavations at Rabana-Merquly, Dr Brown collaborated with colleagues from the Directorate of Antiquities in Sulaymaniyah, a city in the autonomous region of Iraqi Kurdistan. The results of the Heidelberg investigations were published in the journal “Antiquity”. 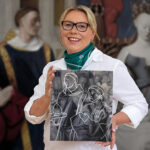 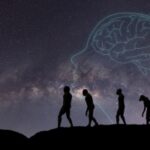