A new multidisciplinary study involving ICTA-UAB researcher Asier García-Escárzaga reveals the impact and consequences of the ‘8.2 ka event’, the largest abrupt climate change of the Holocene, for prehistoric foragers and marine ecology in Atlantic Europe.

Current global climatic warming is having, and will continue to have, widespread consequences for human history, in the same way that environmental fluctuations had significant consequences for human populations in the past. The so-called ‘8.2 ka event’ has been identified as the largest and most abrupt climatic event of the past 11,700 years, caused by cool meltwater from North American lakes flooding into the North Atlantic and stopping ocean circulation systems. The cooling and drying effects of this event have been documented around the world, including along the Atlantic coast of Europe. Nevertheless, the sweeping impacts of the 8.2 ka (kilo annum i.e., thousand years ago) event on different environments and human societies are often assumed rather than proven.

The journal Scientific Reports has published a paper led by Asier García Escárzaga, current researcher from the Institute of Environmental Science and Technology (ICTA-UAB) and the Department of Prehistory of the Universitat Autònoma de Barcelona, together with Igor Gutiérrez Zugasti, from the Universidad de Cantabria (UC). The study was coordinated from the Universidad de La Rioja (UR) and the Max Planck Institute (Germany) alongside members of other academic centres (Max Planck Institute, University of Burgos, Universidad Complutense de Madrid and University of Faro).

The study applies a multidisciplinary toolkit of archaeomalacological studies and stable oxygen isotope analyses to shell remains recovered from the shell midden site of the El Mazo cave (Asturias, N Spain). With a long stratigraphic sequence of 1,500 years, El Mazo is a unique context along the European Atlantic coast, with especially high chronological resolution of each archaeological layer.

The results obtained by these scientists allowed them to determine that colder seawater temperatures, deduced from stable oxygen isotope values measured on marine shells, led to changes in the availability of different shellfish species. For instance, one of the most commonly consumed species, the warm-adapted species P. lineatus, decreased during the 8.2 ka event, while populations of cold-adapted P. vulgata, another commonly exploited species, increased. Intriguingly, the warm-adapted limpet P. depressa also increased during this cool period, owing to a higher resistance to cold temperatures than other warm-water species.

Their results also revealed an increase in the intensification of mollusc exploitation by humans, as indicated by a decrease in average mollusc size and evidence for increased harvesting in more dangerous coastal areas. The authors argued that this occurred because of human demographic growth in these Atlantic coastal settings which acted as refugia during this cold event, encouraging populations to move there from further inland. Nevertheless, populations around El Mazo managed to avoid over exploiting their coastal resources, as average mollusc size very rarely decreased below 20mm, the minimum size specified by modern regulations to guarantee long-term species survival.

“Our results suggest an ongoing application of local marine ecological knowledge by some of the last foragers in western Europe, despite major changes to climate and demography” says Asier García-Escárzaga lead author of the current study.

The resolution provided by the combination of taxonomic, geochemical and chronological analysis of molluscs from archaeological sites has major implications for other studies seeking to determine the significance of climate change on marine environments, and can provide detailed clues to the magnitude and nature of future climate changes and their impacts on human societies. 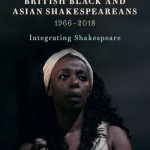 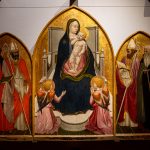 Masaccio’s San Giovenale Triptych displayed alongside painters of his day