The contribution of British Black and Asian actors to Shakespearean theatre in the UK is celebrated in a new book by Warwick researcher Dr Jami Rogers.

Starting with the pioneering residency of the US actor Ira Aldridge in Coventry in 1828, where he became manager of Theatre Royal at a time when slavery was still legal in the USA, Rogers sets out to trace the history of those performers of colour who followed Aldridge onto UK stages and whose contributions to British Shakespeare have largely gone unacknowledged.

British Black and Asian Shakespeareans: Integrating Shakespeare, 1966 – 2018 highlights the gains made since the late 1960s, when it was still more acceptable for an actor to black up to play Othello than to cast a Black actor, and the challenges actors of colour continue to face in the pursuit of a career in classical theatre.

In sharing this story of acting, resilience and achievement Rogers draws on the British Black and Asian Shakespeare Performance Database, an open access digital humanities resource data collected for the University of Warwick’s Multicultural Shakespeare in Britain 1930-2010 project, to chart the history of integrated casting since 1966.

The book features interviews by the author with nearly forty practitioners of colour who share recollections of the roles they were cast in, the ones they were excluded from because of their ethnicity, and their broader experiences in the industry.

Dr Rogers said: “The voices of the practitioners who generously donated their time and recollections are the essential heart of this book.

“Too often the contribution of actors of African-Caribbean, south Asian and east Asian heritages are overlooked by theatre historians.

“It was important to me that this book celebrates their talent, their resilience and their achievements and puts them where they belong: into the historical record.”

In addition to the personal recollections of actors including household names such as Kulvinder Ghir, Adrian Lester and David Yip, the book chronicles the productions and directors that led to ground-breaking castings of Black and Asian actors in substantial Shakespearean roles including:

“In 1948, as the Empire Windrush arrived, the visionary actor Frank Silvera, born in Jamaica, called for a cultural transformation of British Shakespeare to reflect our post-imperial identity: we needed a theatre willing to present ‘a Black Hamlet, a Black Romeo and Juliet, a Black King Lear…’.

“Now, thanks to the passion and determination of the brilliant artists of colour featured in Jami Rogers’ study, we are finally starting to achieve that creative diversity. But why did it take so long?”

“Dr. Rogers’ book is a revelation: it spotlights the extraordinary achievements that British Black and Asian actors have achieved in Shakespeare over the last sixty years – and, uncomfortably, it pinpoints the problems many of them faced before they could step onto a Shakespearean stage at all.”

Dr Rogers added: “This oral history of the integration of British Shakespeare is the story of the transcendence of performers of colour over society’s limitations, which continue to operate well into the twenty-first century.

“Personal triumphs are mixed with the constraints of an industry still riddled with stereotyping and institutional racism. This is also the story of the pioneers, from Ira Aldridge to performers of colour in the twenty-first century, who continue to break the Shakespearean colour bar.”

Press release from the University of Warwick 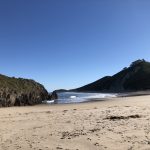 Scientists say a shipwreck off Patagonia is the Dolphin, a long-lost 1850s Rhode Island Whaler