On The Fringe is a film about family, love and solidarity. A countdown for three intertwined characters trying to keep it together and get through 24 vital hours that will change their lives. On the Fringe explores the impact of economic stress on personal relationships and how friendship and solidarity can get us through life’s most difficult moments. A thrilling race against the clock on the fringe of a big city.

Federico García Lorca wrote: “Underneath the multiplications there is a drop of blood…” The Spanish poet was referring to the reality that often lies beneath the statistics. Around 41,000 evictions take place every year in Spain, more than 100 a day. In this film we tell three stories behind those statistics.

On the Fringe explores the impact of an acute external crisis on personal relationships: the way an economic crunch can affect couples, parents and children. And within that, the role that women play in holding families together during hard times; how losing one’s job, one’s income, triggers different reactions in different people.

Our story focuses on a day in the life of three characters. All of them are affected in one way or another by an eviction and all of them have 24 hours to resolve a situation that will change their lives forever.

On the one hand, RAFA, an activist lawyer who has reached the crossroads and will have to decide between his social commitments and his relationship. Until now, he has been prepared to devote all his time to helping others. But that time is taken from his family, as though life were a zero-sum game where no balance is possible.

AZUCENA has 24 hours to try to avoid losing her home and finding herself on the street. She has fought tooth and nail to keep her family together, but she now faces the challenge of her life.

And finally TEODORA, an older woman determined to prevent her son from taking the blame for events he cannot change.

The three intertwined stories share common roots. The characters and plots intersect and entangle as we run down the minutes to the moment of truth and the resolution of our protagonists’ conflicts.
Juan Diego Botto 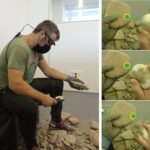 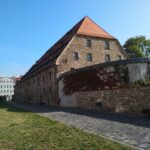 Shepherds of the Earth: the dilemma between tradition and nature conservation in Africa