Yet another great announcement for the classicists who love LEGO. The well-known Australian historical archivist Liam D. Jensen, AKA The Lego Classicist, is informing us about the revealing of the 100th entry in this rich and precious collection of classicists.

This time, the coveted acknowledgment will go to the world-famous British star Stephen Fry.

Fry has starred in theatre plays, full length pictures and TV series; besides, all throughout his career he’s been a film director and scriptwriter, a TV host, a journalist and a book author.

An important part of his writing activities is indeed focused on the subject of mythology; we had the honour of interviewing Stephen Fry on this occasion.

You wrote many books on the subject of myth. Where does this interest start, and what inspires you?

Mythology, but specifically Greek myth, gripped me from the first. I had liked fairy stories well enough when young, as most children do, but I sensed straight away that myths were somehow different, they came from a different place, they could be “taken to be true” in a certain kind of way that was stronger than fantasy. I think it was the personalities in Greek myth that so beguiled me. Without being conscious in any way of what myth is – where it comes from, who thought the stories up – I think it was clear to me that they had a truth and a depth too them that was more imperishable and somehow more important than, for example, Snow White and Rapunzel on the one hand, or the Hobbit and Narnia on the other. I have no wild objection to author-created fantasy worlds, but they could never reach me the way stories of myth could and still do.

What does it mean for Stephen Fry to popularize and/or retell a subject?

Goodness, I am not sure. I suppose in my wildest moments of self-belief and optimism I might hope that I combined enough of an ability to animate and entertain with enough authority and knowledge too – such a combination allowing people simultaneously to enjoy what I write but also to feel in some sense enriched by the confidence that they were (perhaps for the first time, or at least for a long time) drawing from the same narrative waters that so many generations of our ancestors had drawn. I get such pleasure when people tell me that they finally felt able to connect dots between — for example — Apollo and Hermes or the Titans and the Olympians, or that they feel familiar with characters whose names had often seemed remote and forbidding, Clytemnestra, say or Antigone. What once had been rather academic sounding names were at last knowable. Most of all, I hope to have taken away the scent of chalk dust and the stuffy school room…

How have your studies on English literature influenced your choices and your activities?

It’s impossible to say: I suspect that the traces of a lifetime’s love of reading will have left their mark in all kinds of ways that I cannot necessarily know or define. I think that a sense of irony (by which I mean something more than mocking irony, sarcasm or a sense of cosmic irony) is crucial to full human social development. An ironic mind is one that understand how to adopt another point of view, how to substitute (like a kind of social algebra) different ways of thinking, how to lay the patterns from one form of discourse on another (I know that doesn’t sound very clear, but I hope you get what I mean). The opposite of a ironising mind is a literalist mind, a dangerous and all too common presence in our world as larger and larger proportions of society rise in the world in new generations, sadly it seems unequipped with the ability to think ironically (such an ability presupposes the gift to think logically and imaginatively for you cannot be an ironist without a rigid sense of logic coupled with the ability to penetrate the knowledge and experience of others). My friend Matt D’Ancona put it very well when writing about another friend, the late Christopher Hitchens: “The struggle for a free intelligence has always been a struggle between the ironic and the literal mind … unlike rigid ideology and fundamentalism, irony – saying one thing while meaning another – helps us to recognise complexity, paradox, nuance and absurdity.” And nothing, I would suggest, allows for this facility more than an exposure to literature and drama.

In your book Heroes: Mortal and Monsters, Quests and Adventures, you wrote again about classical mythology, and of vices and virtues of the Gods. How do you imagine a fictitious Olympus?

Well, I am sorry to have to break it to you, but an Olympus peopled by quarrelling and fractious gods is a fiction. When you climb Mount Olympus in Greece you will find nothing but a very cold, damp, cloudy and rocky empty space. No gods there at all. The idea that there ever were gods there is … well, if not fictitious then mythical. We can think about what we mean by the difference. A fiction is fabricated by an individual mind, or occasionally a group of collaborating minds. A myth is fabricated by a whole society. Myths can be called, as Joseph Campbell did, “public dreams” or, if you prefer Carl Jung’s phrase, they are expressions of a “collective unconscious”. The collective unconscious of the Greeks, in my view, is so appealing because it understands that if the world is majestic, beautiful, awe-inspiring, noble and beautiful (as it clearly is) then the gods must be all those things …. BUT, the Greeks also knew that if the world is brutal, cruel, capricious, unjust, ugly and savage then the gods must be all those things too. Therefore, for the first time in human story-telling, the Greek pantheon is presented as one of personalities who are several things at once: mean but beautiful, cruel but fair, noble but capricious, etc etc etc. In other words, unlike so many other mythic cycles, the Greek one is filled with the ambiguities, inconsistencies and multiplicities of character that we find in our real lives. The very complexity, paradox, nuance and absurdity that I mentioned earlier. They are the first mythic cycle in our human history to have been shaped and reshaped by poets and dramatists to become a perfect blend of the religious, the literary, the dramatic, the visionary, the comic and the symbolic. They are, I think one can say therefore, a work of art.

Stephen Fry will be the 100th Lego Classicist, did you know the project already?

I had heard of it, but never in my wildest dreams did I imagine I might be the Lego Centenarian. 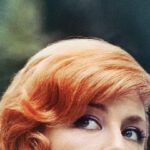 Actress by Anne Enright: between biography, autobiography, fiction and autofiction. 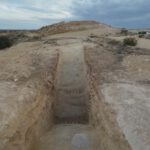