The Pachacamac Idol of ancient Peru was a multicolored and emblematic sacred icon worshipped for almost 700 hundred years before Spanish conquest, according to a study published January 15, 2020 in the open-access journal PLOS ONE by Marcela Sepúlveda of the University of Tarapacá, Chile and colleagues.

The Pachacamac Idol is a symbolically carved wooden statue known from the Pachacamac archaeological complex, the principal coastal Inca sanctuary 31 km south of Lima, Peru during the 15th-16th centuries. The idol was reportedly damaged in 1533 during Spanish conquest of the region, and details of its originality and antiquity have been unclear. Also unexplored has been the question of whether the idol was symbolically colored, a common practice in Old World Antiquity.

In this study, Sepúlveda and colleagues obtained a wood sample from the Pachacamac Idol for chemical analysis. Through carbon-dating, they were able to determine that the wood was cut and likely carved approximately 760-876 AD, during the Middle Horizon, suggesting the statue was worshipped for almost 700 years before Spanish conquest. Their analysis also identified chemical traces of three pigments that would have conferred red, yellow, and white coloration to the idol.

This nondestructive analysis not only confirms that the idol was painted, but also that it was polychromatic, displaying at least three colors and perhaps others not detected in this study. The fact that the red pigment used was cinnabar, a material not found in the local region, demonstrates economic and symbolic implications for the coloration of the statue. The authors point out that coloration is a rarely discussed factor in the symbolic, economic, and experiential importance of religious symbols of the pre-Columbian periods, and that more studies on the subject could illuminate unknown details of cultural practices of the Andean past in South America.

The authors add: “Here, polychromy of the so-called Pachacamac Idol is demonstrated, including the presence of cinnabar.”

Funding: This work was support by the National Research Agency under the program Future Investments bearing the reference ANR-11-IDEX-0004-02 (programs INCA and ARCIC of Sorbonne Universités)(MS,PW). We thank the financial support from the Ile-de-France region (DIM Analytics, project IMAPAT) for the building of new instruments for a mobile laboratory for art studies (PW), and the NASA PICASSO program for funding the MapX instrument development (PS,PW). The funders had no role in study design, data collection and analysis, decision to publish, or preparation of the manuscript.

The legend of Pachacamac will not soon die. Since the 16th century, Spanish chroniclers have said that Hernando Pizarro had destroyed the idol of the deity when he conquered the Inca Empire in the Andes. But a carved wooden post representing Pachacamac was discovered on the archaeological site of the same name in 1938, so it was considered that the Spaniards may have been wrong in thinking that the idol had been completely destroyed. Now we have a new mystery! What is the nature of the red colour observed on the object? Is it blood residue, the remnants of sacrificial practices?

Thanks to close collaboration with the museum at the Pachacamac archaeological site in Peru, an international research team* has been able to conduct never-before-seen analysis — non-invasive and non-destructive analysis — of the idol’s polychromy. They first revealed that red was not the only colour present on the piece of wood: we see white on the teeth of a personage and yellow on some headdresses.

What is even more interesting is that the researchers were able to determine the chemical composition of the pigments and show that red is not blood but mercury, no doubt from cinnabar, a mercury mineral known in that region for over 2000 years. Cinnabar sources in the Andes are 400 km from Pachacamac, at high altitude. So the idol was painted intentionally, no doubt to show economic and political power by carrying a pigment from a faraway region even though others were available on site.

Finally, the Pachacamac idol was carbon-14 dated for the first time. The object was made around 731 AD, probably by the Waris, i.e. about 700 years before the height of the Incan empire. This confirms that the Pachacamac site already had local ritual importance before the Incas arrived. They then made it one of their main pilgrimage centres, to the point that it housed an oracle that advised the emperor himself.

These results are part of a broad study of painted objects and walls at the Pachacamac archaeological site that aims to better understand the materials, practices and knowledge related to colour in the Andes during the pre-Hispanic period. 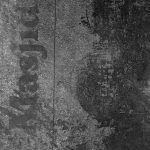 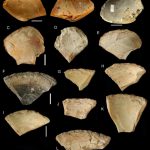