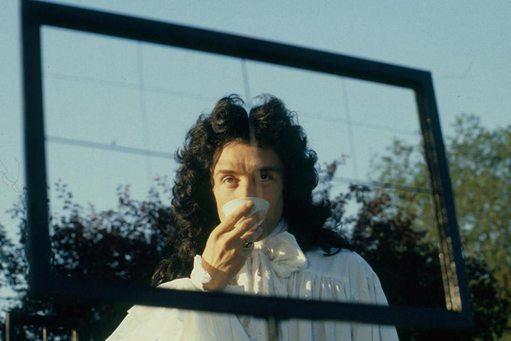 We celebrate Peter Greenaway at 80 with a major BFI project planned for later this autumn and the 40th anniversary re-release of THE DRAUGHTSMAN’S CONTRACT (1982) Greenaway’s first major feature, originally funded by and now beautifully remastered by the BFI. A daring and stimulating innovator, Peter Greenaway is one of Britain’s most unique and esoteric visual artists. THE DRAUGHTSMAN’S CONTRACT, his breakthrough feature, introduced worldwide audiences to Peter Greenaway’s flamboyant, meticulous, singular artistic vision, and an intellectual rigor that is truly inimitable.

In rural Wiltshire at the end of the 17th century, Mrs Herbert (Janet Suzman), the wife of a wealthy aristocrat, hires Mr Neville (Anthony Higgins), an ambitious draughtsman, to produce a series of drawings of her country house. A gift for her inattentive husband to be carried out while he is away on business, their contract requires Mrs Herbert’s sexual compliance to the draughtsman, an arrangement that she begins to question as his sexual advances become increasingly aggressive. Michael Nyman’s Purcell-inspired mesmerizing score permeates throughout, with visuals inspired by Caravaggio, Vermeer and Rembrandt, extravagant costumes, a twisting plot and elegantly barbed dialogue, to create an intoxicating work of cinematic art unlike anything seen before.

THE DRAUGHTSMAN’S CONTRACT has been newly remastered in 4K from the original Super 16mm Eastmancolor negative and magnetic track master and approved by Peter Greenaway. The remastering work has been conducted at the BFI J.P. Getty Jr. Conservation Centre, at Dragon Digital and at Molinare. Original film elements are preserved by the BFI National Film Archive.

Working across film, painting, television and mixed media, Peter Greenaway’s work explicitly draws on the traditions of various artistic forms. Frequently exploring and interrogating art history through the medium of film, Greenaway has won much acclaim during a prolific career that has pushed boundaries for over half a century. A highly influential artist who continues to produce bold and challenging work, Greenaway was awarded the BAFTA for Outstanding British Contribution to Cinema in 2014. 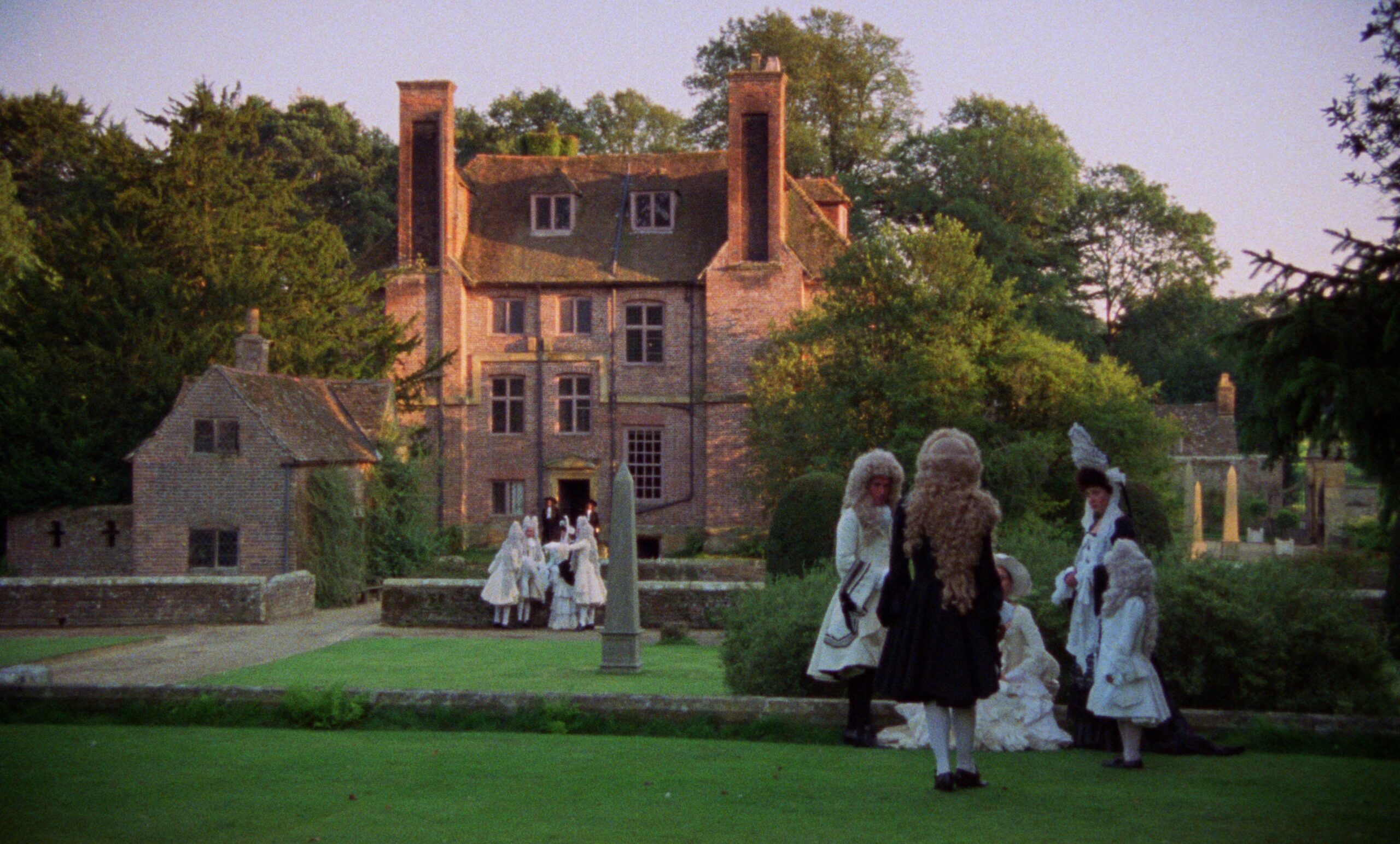 “The Draughtsman’s Contract. A film that is forty years old. Made in 1982 about events in 1694. Elaborate, stylised, enjoyable, spiteful and mysterious, a film in black, white and green. With sheep. Eminently enigmatic. Always associated with frames, so much so indeed that a framing device of the late 1600s is on hand to remind you that what is outside the frame is strictly irrelevant. The French newspapers described Peter Greenway as a cinematic dandy and the English, once they had passed their enthusiasm for being outside their comfort zone, slowly warmed to it. Shot on 16mm blown up to 35mm for cinema release, it surprised the art-cinema circuit and irritated some English cinematic luminaries to declare that filming in England was no longer tenable if such films were going to be made there henceforth. 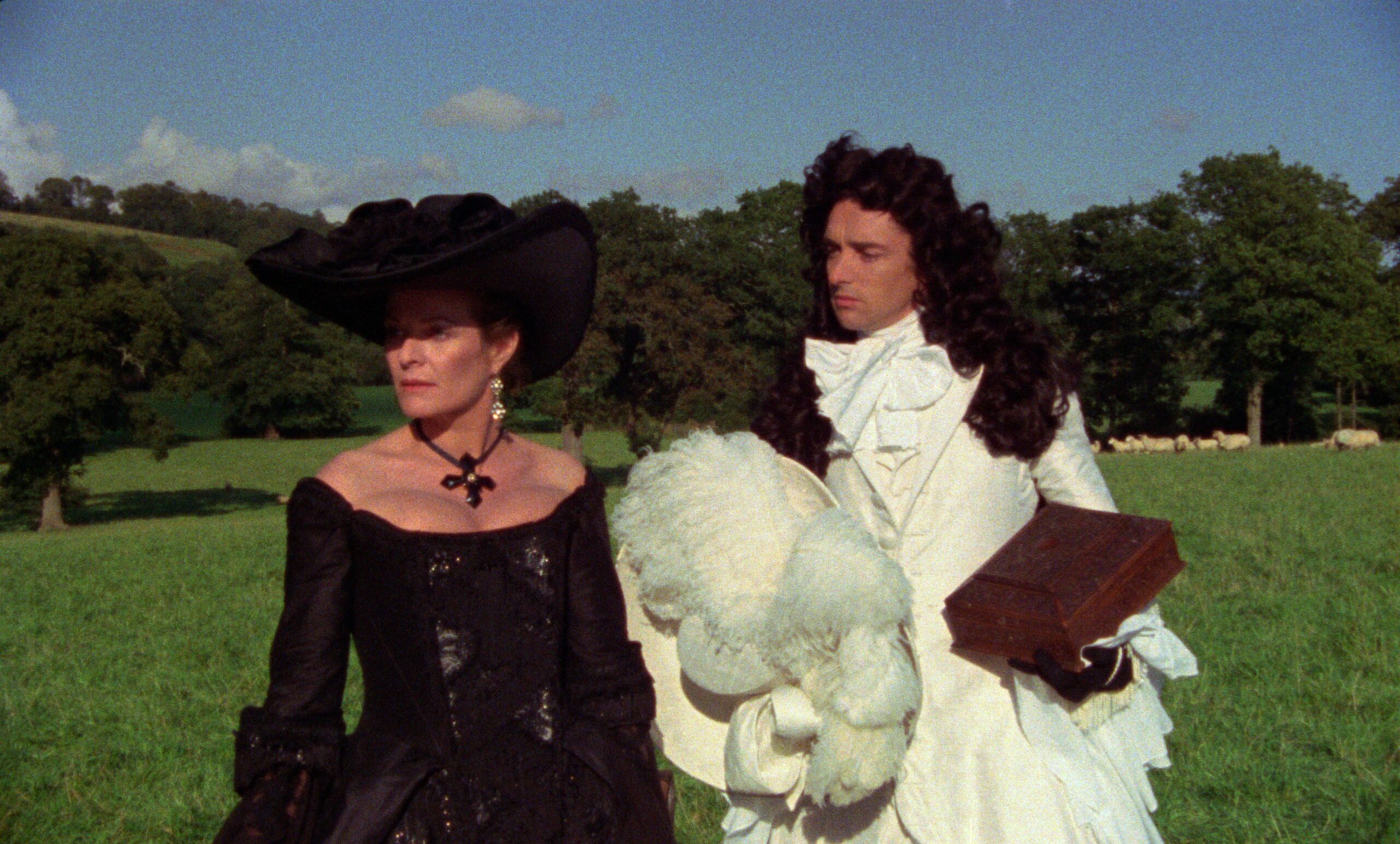 I am delighted at its remastering. I remember it being made on a somewhat unorthodox filming procedure – being shot on super-16mm and enlarged to 35mm for cinema release. I was concerned that it should be seen as an English landscape film situated around a somewhat arcane proposition of “draw what you see and not what you know”. Your eyes must be solely your guide. I never expected it to be as successful on the art-cinema circuit. It’s a story about a “frame-up” both in metaphor and for real, and the film frame is unremittingly ubiquitous with the appearance of that late 17th-century framing device to remind you of the tyranny of the film frame. The French especially enjoyed it though a French newspaper said I was a cinematic dandy and the English newspapers, at first, until they settled on a more relaxed approach were appalled at its literary, theatrical, and visual pretensions.

The costumes by Sue Blane surprised and delighted me, so many layers, cuffs, tails and frills tailored to exhibit the body. When everyone wore white the Draughtsman was out of step and wore black. When everyone wore black the Draughtsman wore white, an arrangement to persistently demonstrate the artist being out of step manoeuvred by the wealthy establishment whose controls were out of reach however hard he tried to learn and catch up. The music by Michael Nyman surprised and excited and delighted me, energetic often to a point of frenzy and exhibiting much irony. 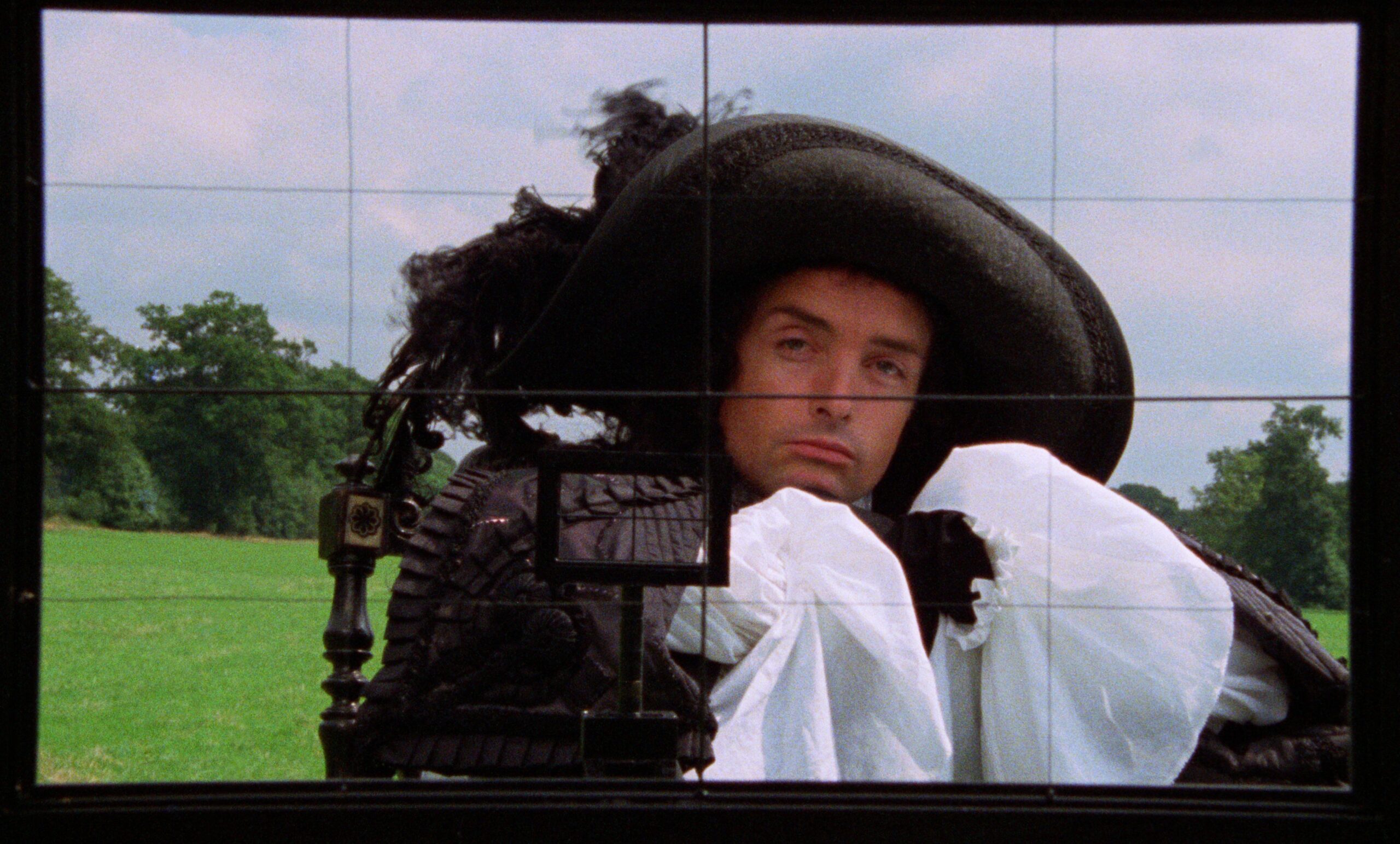 When we had finally finished filming in the Groombridge Kent fields we wanted to start again. I wrote a sequel called The Hedgecutters about trimming boundaries. Since the draughtsman was too blinded, damaged and too dead to be resuscitated, the follow-up hero was to become his overdressed effete servant primed to die with cut extremities. But it didn’t work. For a start the title was too mundane and too artisanal. It was winter and the vegetation was becoming leafless. The next film titled a Zed and Two Noughts was calling. Leaving a film behind is always painful.

It was truly an idyllic experience to film in unusually persistent English summer weather that only collapsed when the weather finally broke when the characters appropriately began to complain in 1694 about the arrival of storms. It was another delightful appropriate reference of the film being determinedly self-reflexive, a persuasive reason and excuse for me evermore to insist that when you were watching a Greenaway film you were only watching a film and should never ever possibly consider that you were doing anything else.” 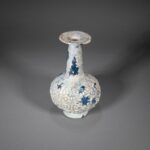 On the Fringe (En los màrgenes)