The pattern of North-South extinction in a group of primitive horses is confirmed: the CENIEH participates in a study on the fossil finds of Hipparion ambiguum, an extinct genus of the Equidae family, and the most recent remains of the genus found in North Africa.

A paleontological study on the latest occurrences of the North African tree-toed horse (Hipparion) has been published in the German journal Neues Jahrbuch für Geologie und Paläontologie, based on fossil materials discovered in the Plio-Pleistocene sites of Ain Boucherit and Ain Hanech in northeastern Algeria.

These sites are currently under investigation by a multidisciplinary team of scientists led by Mohamed Sahnouni, Coordinator of the Archaeology Program, at the Centro Nacional de Investigación sobre la Evolución Humana (CENIEH) (Burgos, Spain) and Associated Researcher at the Centre National de Recherches Prehistoriques Anthropologiques et Historiques (CNRPAH) (Algeria). The investigations focus on the tempo and character of the earliest human occupation in North Africa and their global paleobiological and behavioral implications.

The study, led by palaeontologist Jan van der Made of the MNCN (Madrid) in which collaborated researchers from CENIEH, CNRPAH, and IPHES-URV (Tarragona) revealed the recovery of new material of the rare three-toed horse Hipparion ambiguum (Equidae) from its type locality Ain Boucherit and the dating of the youngest North African hipparion record at Ain Hanech around 1.7 Ma.

These findings confirm that hipparions became extinct following a North-South gradient. This pattern was first described by Georges Louis Leclerc (count of Buffon) in his book “Histoire naturelle in the 18th century” said Dr. Jan van der Made lead author of the study.

Hipparion is an extinct genus of the Equidae family, and it is more primitive than the modern horse and differs from it by the dentition morphology and the number of toes. Hipparions went extinct in Europe by 2.5 Ma, in China by 1.0 Ma, and in Sub-Saharan Africa between 0.6 and 0.4 Ma. Like in other groups of vertebrates, the North to South pattern of hipparions extinction seems to be related to the decrease in global temperatures that started in the Miocene.

“The unique succession of fossiliferous and archaeological deposits of Oued Boucherit valley continues to reveal pertinent discoveries of global impact on early human evolution in North Africa as well as shedding light on a number of related features pertaining to Plio-Pleistocene faunal paleoecology and paleobiogeography” states Mohamed Sahnouni from CENIEH and project Principal Investigator. 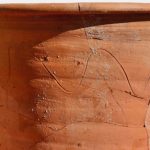 The Gerace chamber pot: identifying the portable toilets of the Romans 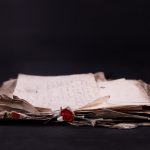