The researcher at the University of Valencia María Tausiet analyses the power relations between priests and devotees, and the implication of the Inquisition in hiding them for four centuries. Within the framework of the CIRGEN European project, on gender identities and roles in Europe and America in the eighteenth century, endowed with 2.5 million euros in aid, the expert explains how many abuses and conspiracies were silenced, in the face of to keep up appearances.

In an article published in the Journal of Spanish Cultural Studies, historian Maria Tausiet delves into the story of Antonio Gavín, a Spanish clergyman converted to Protestantism who in 1724 wrote a book to denounce the moral corruption of the Catholic Church, with its superstitions, deceptions and perversions. His rational and enlightened point of view was framed in a sensational context. However, much can be learned from this about the relationships between some priests and the women who attended the confessional. The paper tells the story of Francisca Guerrero and the priest Miguel Navarro.

“According to Gavín’s report, Francisca had bewitched her confessor to seduce him and poisoned a creature, which made her a suspect of witchcraft”, says the researcher.

In this context, many relationships between confessors and penitents assumed a mutual agreement from which both parties benefited.

Normally, “they sought to acquire fame as holy women, and they, a way to rise within the Church thanks to having found authentic miracle workers”, says Tausiet.

These relationships did not necessarily have to involve sexual encounters, although these were probably quite frequent.

The story of Francisca and the priest took place in Zaragoza in the first years of the eighteenth century, and it remained hidden among the papers of the Inquisition until the Aragonese Antonio Gavín revealed the story, spicing it up with his inventions with the aim of damaging the Catholic Church.

“However, his version also harmed women, with his macho vision of events. Whether or not it was true that Francisca and her confessor reached an agreement, or that she posed as a saint and he took advantage of her, Francisca bore the brunt”, explains the CIRGEN project researcher.

The priest forced her husband to change residence, and he moved in with her. On one occasion, a woman asked Francisca to cure her sick daughter and she could only predict that she would die that night, as she did. So her family felt that she had cursed her and reported her to the Inquisition. Both Francisca and her confessor were prosecuted and imprisoned by the Court. But he escaped, like so many other ecclesiastics, and died at 84 years of age. Francisca, on the other hand, died shortly after in the inquisitorial prisons. Before her death, the woman, who according to Gavín had spent the last years of her life locked up in her house by order of the confessor, gave birth.

This study is part of the European project CIRGEN (Circulating Gender in the Global Enlightenment: Ideas, Network, Agencies), funded with an Advanced Grant from the European Research Council (ERC) valued at 2.5 million euros. The initiative is attached to the University Institute for Women’s Studies and linked to the Department of Modern and Contemporary History of the University of Valencia and its research team is formed entirely of women.

Press release from the University of València, Asociación RUVID 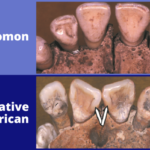 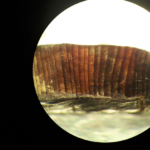 Europeans in the Americas 1000 years ago