By combining written texts, folklore, and astronomical calculations, a team of researchers at Nagoya University, the National Astronomical Observatory of Japan, and Otaru University of Commerce identified, examined, and analyzed specific records for three historical eclipses. The texts included the writings of Tokunai Mogami (1755–1836), one of the most prominent Shogunate explorers for Hokkaido, Sakhalin, and the Kuril Islands, the islands found between Japan and Russia.

For researching past astronomical events, folklore and historical texts are underused sources of information. Although often colored by fanciful descriptions or the limited science of the day, oral and written records can nonetheless serve as jumping-off points for astronomical investigations of phenomena such as solar eclipses.

In Japan’s northernmost major island, Hokkaido, such historical records are rare, but important. Compared to Japan’s main island of Honshu, historical sources in Hokkaido are less common because few Japanese people called it home and the indigenous Ainu rarely wrote about the dates of specific events before the Meiji Period. The few existing written accounts of astronomical events, however, provide a useful jumping-off point for scientific analysis. Combining local historical and cultural knowledge with modern scientific techniques offers the potential for fascinating new discoveries.

Hisashi Hayakawa of the Institute for Space-Earth Environmental Research (ISEE) and the Institute for Advanced Research (IAR) at Nagoya University, in collaboration with Mitsuru Sôma of the National Astronomical Observatory of Japan and Ryuma Daigo of the Otaru University of Commerce, analyzed three historical writings and sketches to see if they could use modern research methods to identify the actual astronomical events described. For their study in the Publications of the Astronomical Society of Japan, they reviewed the written documents and then computed the relative positions of the Sun and Moon, as people would have observed them from various sites in Hokkaido.

The first of these accounts was from a correspondence by John Batchelor (1855–1944), an Anglican missionary to the Ainu people who also published several works on their culture and beliefs. Some of these writings included ancestral Ainu folklore related to a total solar eclipse, describing the eclipse as having “tongues of fire and lightning from its sides” and coming from a “dead black sun.”

By comparing these past accounts with computer simulations of positions of the Sun and Moon, the team found that the eclipse account perfectly matched a total solar eclipse. The colorful description of a “black dead sun” may have been a description of the eclipsed Sun. Similarly, “tongues of fire and lightning” seemed to describe solar coronal streamers, bursts of light from around the blocking moon. These findings show the value of assessing folklore, some of which may be based on fact.

“In collections of Ainu folklore, Batchelor’s account of the total solar eclipse was unique,” Hayakawa explained. “However, there was no explicit date for the event, which makes it challenging to discuss academically. Fortunately, Batchelor’s writing included hints about this eclipse, such as its darkness, animal reactions, and other unique characteristics. He even included a rough chronological marker, stating ‘when my father was a child he heard his old grandfather say that his grandfather saw a total eclipse of the sun’. These clues allowed us to reproduce the visibility of solar eclipses in the Horobetsu and Moto Muroran areas of Hokkaido, where Batchelor collected this folklore. During these periods, the Sun was extremely inactive, something that was not previously known. This shows that the Ainu folklore provides important clues about the extremity of the solar-terrestrial environment.”

The researchers also examined the accounts of the geographer and explorer Tokunai Mogami. In 1786, Mogami reported the account of a local merchant, Denkichi Abeya, which is known as the earliest datable report for a solar eclipse observed in Hokkaido. This travel account had been associated with an annular eclipse, in which the moon covers the Sun’s center and surrounds it with a halo of light. However, Hayakawa and his team found that this differed slightly from reality. In fact, Mogami seemed to describe a deep partial solar eclipse out of the path of a hybrid eclipse, a rare event that includes both an annular and total eclipse. Abeya only saw it as a deep partial solar eclipse, because he viewed it from somewhere around the Mitsuishi region in southern Hokkaido, which was out of the annularity-totality path.

“Our calculations revealed that an observer at Mitsuishi could see this eclipse, not as an annular eclipse but only as a partial solar eclipse,” Hayakawa said. “Interestingly, the Ryukyu Kingdom (modern Okinawa) also witnessed the same eclipse as a deep partial solar eclipse. Therefore, this is probably the earliest known record series for quasi-simultaneous eclipse observations in Hokkaido, the northernmost part of Japan, and Okinawa, the southernmost part.”

Finally, the researchers also used a diary of Kan’ichiro Mozume (1840–1877), which included sketches dating from 1872. Mozume was a local teacher and intellectual. His sketches show four phases of the solar eclipse. The researchers associated Mozume’s sketches with an annular eclipse in June 1872, for which there are no known eclipse reports. According to astronomical calculations, it would have been visible in Otaru, a town in Western Hokkaido.

“We have located the earliest eclipse sketch of Hokkaido Island in Tenkai Nikki (Mozume Kan’ichiro’s diary),” explained Hayakawa. “Mozume left four eclipse sketches in his diary and visually captured the annular eclipse in 1872. His description was consistent with our astronomical calculation. This allowed us to locate the eclipse of the sketch and confirm its reliability. We found he left an essential reference on the early history of Otaru, Hokkaido.”

This study is a prime example of how astronomy and historical research can intersect. “Astronomical calculations with the latest parameters have independently confirmed historical documents and folklore from the 18th and 19th centuries. Our research has also filled the geographical gaps in eclipse observations in Japan,” says Hayakawa. “Further research on the folklore eclipse accounts could be of future scientific interest, too.”

The study, “Analyses of historical solar eclipse records in Hokkaido Island in the 18–19th centuries,” was published in the journal Publications of the Astronomical Society of Japan on October 31, 2022, at DOI: 10.1093/pasj/psac064 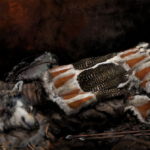 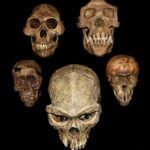 A surprising relationship between the teeth and the evolution of pregnancy