The narratives we tell about the past often feature a cast of familiar main characters: kings and rulers, warriors and diplomats — men who made laws and fought wars, who held power over others in their own lands and beyond. When women enter our stories, we rarely afford them much agency. But across the globe in a variety of societies, royal women found ways to advance the issues they cared about and advocate for the people important to them.

In a recent paper published in the Journal of Archaeological Research, anthropologist Paula Sabloff analyzes the archeological and written records of eight premodern states separated by both time and space, detailing ways that queen rulers and main wives took political action. Her comparative analysis reveals similar patterns in the societies despite the fact that they were isolated from one another.

As Sabloff described in another recent paper, women were often used as bargaining chips, used to form strategic alliances between states through marriage. “Here are examples of, even when women were pawns in marriage, they still ended up with a lot of power,” she says. She found remarkable similarities in the types of power that royal women used.

“Queen rulers held nearly the same political power as kings,” she explains. “Main wives were active players in determining succession, governing the polity, building inter- and intrapolity alliances, and expanding or defending territory.” These women also exerted influence by obligating courtiers and tradesmen through patron-client relationships, interceded on behalf of their relatives, and sometimes spied on or conspired against their royal husbands.

“Political agency wasn’t just about waging war,” says Sabloff. “It was about being able to influence policy, to influence who is on the throne. There were levels of agency, but hers was right behind his.”

Sabloff’s data sets are available via the tDAR website. 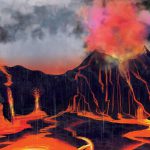 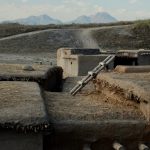