On 21 December 2021, Pawel Bednarski made the discovery of a lifetime using a metal detector. It was actually a bit of a coincidence that he ventured out on this particular day. The weather had been uncooperative for a while, but the forecast was for a couple of days of better weather. Bednarski decided to take the chance and do a search on a plot of land at the Kongshaug plateau in Stjørdal.

“The first item I found was a small ring that didn’t look particularly interesting at first glance. Then another ring appeared – and then a piece of a bangle,” Bednarski says.

Eventually he had unearthed a whole trove of small silver objects, including pieces of coins, jewellery and silver wire – all a mere two to seven centimetres below the ground.

“The objects were covered in clay, so it wasn’t easy to see what they looked like. It was only when I got home and rinsed off one of the bangle pieces that I realized this was an exciting find,” says Bednarski.

Bednarski submitted the artefacts to the county municipality archaeologists, who confirmed that the find was of interest and presumably from the Viking Age.

It was only when researcher and archaeologist Birgit Maixner at the NTNU University Museum was contacted that Pawel found out just how exciting the find was.

“This is quite an exceptional find. Finding this big a treasure from the Viking Age hasn’t happened in Norway for a long time,” says Birgit Maixner, an archaeologist and researcher at the NTNU University Museum.

The find consists of a trove of 46 objects in silver that are almost exclusively fragments. Apart from two simple, complete finger rings, they include Arab coins, a braided necklace, several bracelets and chains, all cut into small pieces – also called hacksilver.

“This find is from a time when silver pieces were weighed and used as means of payment. This system is called the weight economy and was in use in the transitional period between the earlier barter economy and subsequent coin economy, explains Maixner.

On the Continent and in Western Europe, coins started to be used as early as the Merovingian period (approx. 550-800 CE), but it was only towards the end of the Viking Age – late in the 9th century – that coins began to be minted in Norway. Up until the Viking Age, a barter economy was common in the Nordic countries, but by the end of the 8th century, the weight economy was making inroads.

“The weight economy was a much more flexible system than the barter economy. In the barter economy, for example, you had to have a fair number of sheep if you wanted to exchange them for a cow. Weighed silver, on the other hand, was easy to handle and transport, and you could buy the goods you wanted when it worked for you,” said Maixner.

The 46 pieces of silver weigh a total of 42 grams. How many cows would you have gotten for that amount of silver in the Viking Age, you might wonder?

“Of course, we can’t say anything for sure, but the Gulating law gives us some clues about the price of a cow. A bit of figuring based on that law suggests that this treasure trove was worth about six tenths of a cow,” says Maixner.

“That treasure amount was worth quite a lot in its time, especially for one individual – and also when you realize it wasn’t that long ago that medium-sized farms with five cows became common.

But why on earth would someone have buried such a fortune?

“We don’t know if the owner hid the silver for safekeeping – and then was prevented from retrieving it – or if it was buried as a sacrifice or a gift to some god,” says Maixner.

Most of the pieces of silver that were found weigh less than one gram, which suggests that they were used repeatedly as means of payment. That the owner might have been involved in trade is thus a reasonable conjecture. Was the owner a local seller who had already sold his goods – or a visitor who was going to buy goods for resale?

Unusual features of these artefacts could reveal some possibilities.

Danes on a trip to Trøndelag?

Typical for Scandinavian treasure troves from the Viking Age is that they contain a fragment of each object. This find, however, contains several pieces of the same type of artefact. For example, the find contains an almost complete armband, divided into eight pieces. Broadband bangles of this type are thought to have been created in Denmark in the 9th century.

“We can see that the owner prepared himself for trading by dividing the silver into appropriate weight units. The person in question had access to complete broadband bracelets, a primary Danish object type, which could indicate that the owner was in Denmark before travelling up to the Stjørdal area,” says Maixner.

Another unusual feature is the age of the Arab coins. Typically, about three quarters of the Islamic coins in Norwegian finds from the Viking Age were minted between 890 and 950 CE. Only four out of seven coins from this find have been dated, but they stem from the late 700s or early 800s to later in the 9th century.

“The relatively high age of the Islamic coins, the broadband armbands and the large degree of fragmentation of most of the objects are more typical of finds from Denmark than from Norway. These features also make it reasonable to assume that the artefacts stem from around 900 CE,” says Maixner.

In the Viking Age, the Stjørdalselva flowed calmly in a broad s-loop past farms known today as Værnes, Husby and Re. The area around the Hognes and Moksnes farms was a wide plain on the inside of the loop. At the place where the meander came closest together, the Kongshaug (King’s hill) plateau formed a narrow elevated land bridge into the plain – the only access to it from the south. On the opposite side of the plain, at what today is the Husby farm, was a ford across the Stjørdalselva.

The Kongshaug plateau thus had a very strategic location on the north-south road at the entrance to the Stjørdal region, which in itself was an important trade route between east and west.

“Finds of weights and Viking Age coins on the plain within the river meander and at the Husby farm indicate that trading activities took place in this area. A Viking Age grave find from the Moksnes farm – which included a bowl scale to weigh silver among the artefacts found there – confirms this,” says Maixner.

“Perhaps the owner of the silver treasure found the trading post unsafe and hid his valuables in the entrance area to the plain, on the Kongshaug plateau. Here it remained, until Pawel Bednarski found it ploughed up in a furrow around 1100 years later.

So, how does it feel to be the one to discover the treasure trove again, after more than a thousand years?

“Fantastic! I’ve never made a discovery like this – it’s something you only get to experience once,” says Bednarski. 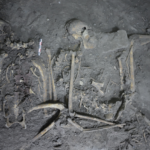 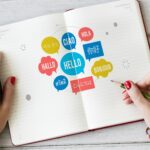