The University and State Library of Bonn (ULB) is celebrating the return of more than 600 volumes that had disappeared during the immediate post-war period. Among them are numerous historical works of high cultural and material value. It is the greatest successful return of lost books in the 200-year history of the University Library. In 2017, individual pieces of the book treasure, which had been privately owned for seventy years, appeared at the London auction house Sotheby’s. The University of Bonn managed to obtain a quick and complete repatriation of the books.

According to estimates, the University and State Library lost up to 180,000 volumes during World War II. Many books were irretrievably destroyed in the bombing that devastated the University’s main building on October 18th, 1944. But even in the depots, where many books had been placed as a precautionary measure to protect them against the effects of war, an unknown number of volumes disappeared at the end of the war and in the immediate postwar period. Whether they were destroyed or stolen cannot be reconstructed today.

Sometimes books from this period return to Bonn after decades and on partly tortuous paths. Michael Herkenhoff, who is responsible for manuscripts at ULB, recalls: “We received a book back in 2011 and three books in 2018, which American soldiers had taken away at the end of the war. In the first case, the soldier returned the book himself, in the second case the heirs gave them back to the library.” The books returned now were in the private possession of a Belgian. “These are of immense cultural and material value,” says Dr. Herkenhoff, “and include medieval and modern manuscripts and documents, historical maps, early 15th-century prints, rare prints of the 16th century and numerous colored bird books.”

The fact that the volumes belong to the ULB was noticed when the Belgian owner, who had inherited the books, offered these valuable pieces to the London auction house Sotheby’s. The director of ULB, Ulrich Meyer-Doerpinghaus, says: “Sotheby’s informed us after a thorough examination of the origin of the works to be auctioned. The return could then be resolved quickly and by mutual agreement with the Belgian owner.”

How exactly the manuscripts and old prints arrived in Belgium is unknown. Dr. Herkenhoff says: “Many valuable volumes were stored between 1946 and 1950 in a bunker in Bonn. They may have been stolen during the period of Belgian occupation in Bonn.”

The Rector of the University of Bonn Prof. Dr. Dr. h.c. Michael Hoch thanked everyone involved for their exemplary cooperation and adds: “I am especially pleased for our researchers, above all for our students.
It is now again possible for them to work scientifically with these unique testimonies from the old stock of our University and State Library.”

Press release from the University of Bonn / Universität Bonn 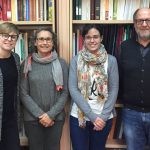 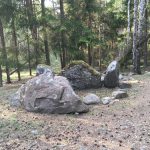