PAN is open from 9:30 am to 7:30 pm every day except Tuesdays Sunday: 9:30 AM to 2:30 pm, free of charge.
Access is permitted upon reservation at http://ingressi.comune.napoli.it 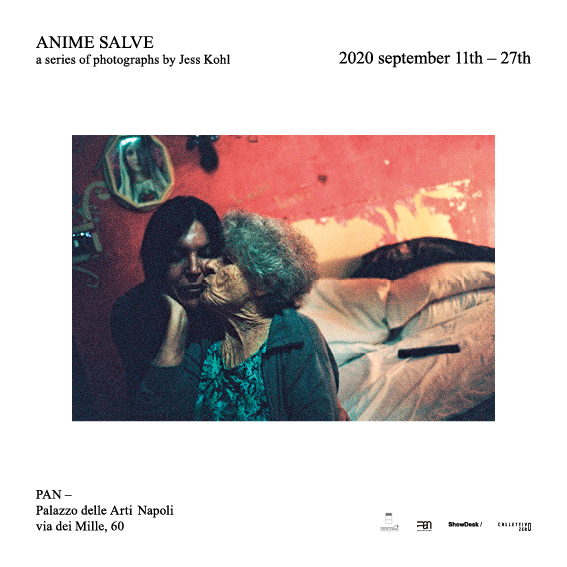 These images introduce part of an ongoing project that will culminate in Kohl’s first feature documentary, extending and developing the filmmaker’s anthropological interest in gender identity and society’s fringes. Taken over the last two years, including during a residency with ShowDesk, Anime Salve presents an intimate exploration of gender non-conformity in a city where spirituality, gender and sexuality have co-existed for generations. The infamous suburban landscape of Scampia provides a backdrop for a series that emblematises an area undergoing extraordinary transformation.

At first drawn to the region for its historically liberal attitudes towards queerness, Kohl’s work traces how the figure of the ‘femminielli’ – a word used to describe an effeminate man, traditionally seen as bringing good luck – has bled into modern society in Neapolitan culture.

The exhibition follows the lives of five individuals, many of them living in Scampia, with intimate portraits often taken at home. Alessia is pictured living with her elderly mother, Amalia. Tenderly intertwined, the two women’s lives shift and change along with the city that surrounds them: in March 2020, the destruction of one of four remaining ‘Sails’ began. Built in the 70’s as a social housing prototype, The Sails quickly fell into disrepair. Neglected by the state, the north western suburb became a playground for the Camorra – a criminal organisation originating in the region, dating back to the 17th century. Known locally as ‘The Monsters’, The Sails are seen as symbols of Scampia’s traumatic past.

Documenting her subjects over a period of multiple years, enables Kohl to provide an authentic representation of marginalised individuals experiencing going through change. Titled ANIME SALVE, (the title of a famous album by Fabrizio De André which literally means “solitary spirits”) the exhibition begins with monochromatic photographs, which document the architectural and developmental modifications the Scampian urban landscape has undergone over the last three years. Kohl then begins to introduce different local characters who embody an intersection between queerness and Catholicism, between Napoli and Scampia. Religious symbolism repeats and reverberates throughout the series. One room has been transformed to resemble a sanctuary, where Kohl has included images of homemade shrines, drenched in neon light and scattered across the city as a sign of protection and to remember the dead.

Drawing connection between the traditions of the femminielli and modern day trans lives, Kohl includes images taken at the Matrimonio de la Zeza, an annual ancient ritual that takes place in the town of Pagani, Campania. This is a farcical wedding between two men, celebrated passionately by the local residents.

The exhibition closes with two screens side by side, showing super 8 portraits taken in Naples and also Koovagam, India. Including the latter, an ancient religious festival in India where trans women gather, encourages the viewer to draw a comparison between these two uniquely similar cultures, despite their geographical distance. Both of these cultures’ histories include liberal attitudes towards queerness, yet over time, those not prescribing to gender norms have been pushed to the margins seeking solace through community and spirituality.

Jess Kohl (b. 1989 London) is an award-winning filmmaker and photographer. Her work marries a raw, intimate style with a focus on queerness and marginalised communities. In 2015 she graduated from Central St Martins with a BA in Moving Image. In 2017 she completed an MA at Goldsmiths in Cinematography. After graduating, she quickly carved a niche creating strong emotional narratives that tell the stories of those existing on the fringes of society. Whether documenting the UK queer Jewish underground in her film ‘Buttmitzvah, following a group of rebel Filipino punks living under president Rodrigo Duterte’s ‘war on drugs’ in her film ‘Anarchy in the Philippines, or highlighting the contrast between Indian and western queerness in her award winning ‘Nirvana’, Jess’ work seeks to authentically document those searching for acceptance in their communities, religions, races and culture’s. 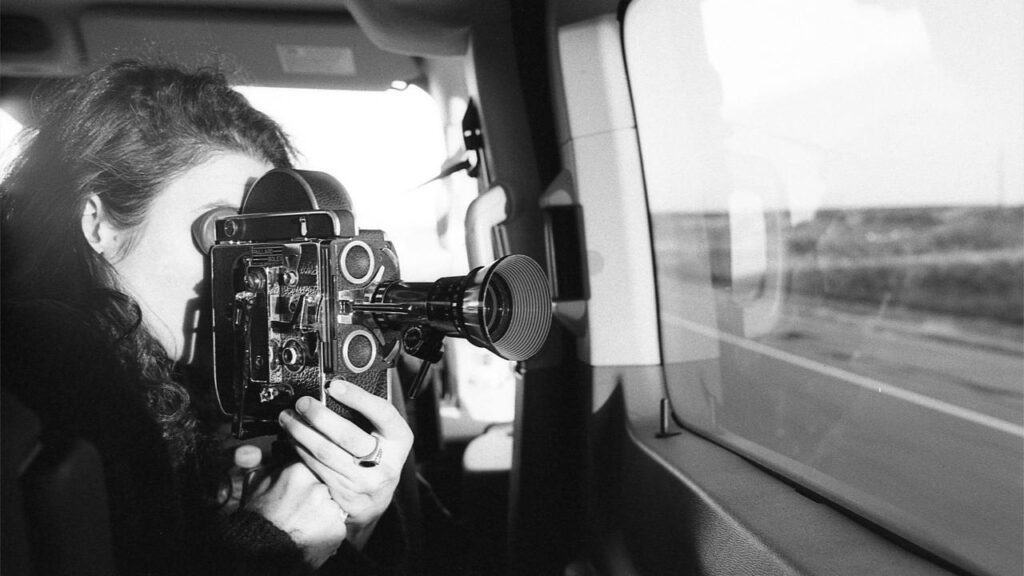 ANIME SALVE. A series of photographs by Jess Kohl
11-27 settembre 2020

Collettivo Zero is pleased to invite you to the photographic exhibition Anime Salve, a first italian solo show by the British photographer and director Jess Kohl.

Works on display take place from the artist residency in Naples thanks to the collaboration with the association ShowDesk, which is involved for a long time in the organization for artist residencies, students, curators, gallerists and keen on art.

The British artist presents her latest project made between Scampia’s buildings, showing us the most intimate sides of the Neapolitan “femminielli”community, strongly tied to a territory rich in contradictions where gender non-conformity has met the sacred, becoming tradition.

It is allowed to book for max 4 visitors per email address. Each address can make up to 1 reservation per week. At the time of the visit, the confirmation code given on the booking form must be provided in paper or electronic form. After checking availability it is possible to book even before accessing the PAN, by connecting to the link and registering in the way indicated.

In order to ensure the best possible protection for the visitors and to minimise the risk of infection, the necessary safety measures for the containment of COVID-19 have been activated.

Access to the PAN is facilitated by the presence of specific signs, including directional signs. 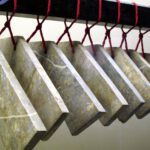 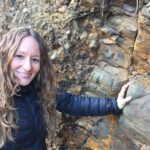 An exhibition presents 10 years of Basel excavations in Francavilla Marittima

The exhibition ‘Tutankhamun, treasures of the Golden Pharaoh’ in Paris