A MUSIC archaeological study of ancient Chinese chime stones dating back to 2400BC to 8AD conducted by a PhD graduate from the University of Huddersfield has been deemed a remarkable achievement by the Chinese Government and has been conferred a coveted award.

Dr Xueyang Fang, from the city of Tianjin in north-eastern China, graduated this year with a PhD in music. Her extensive research, the first comprehensive study of its kind, has earned her the ‘Chinese Government Award for Outstanding Self-financed Students Abroad’ from the China Scholarship Council.

The award was set up in 2003 to honour overseas Chinese students with outstanding academic accomplishments and is the highest award Chinese Government can give to graduate students studying outside China. An estimated half a million Chinese students leave China to study abroad each year, making this prestigious award highly competitive.

“Only those with outstanding performance in their PhD studies are considered by the award selection panel and each year no more than 500 young talented researchers are granted this annual award,” said the China Scholarship Council’s Secretary-General, Sheng Jianxue.

“Xueyang Fang stood out from the competition and I would like to express my sincere gratitude for Professor Rupert Till’s support and conscientious supervision, which have contributed to her remarkable achievements,” he added.

A comprehensive and exhaustive analysis

Dr Fang’s thesis, supervised by Professor Rupert Till from the University’s Department of Music and Drama, is the first significant study of Chinese chime stones to be published in English and has created a new taxonomy, as well as collecting previous research published largely in Chinese.

On top of the comprehensive and exhaustive analysis of hundreds of specimens of chime stones, including their archaeological sites, periods and multiple categories of co-existent discoveries, Dr Fang’s fieldwork has produced a large amount of data that can be used for future research. This includes materials from Chinese museums and original sound recordings for analysis.

A journal article, written by Dr Fang in collaboration with Professor Till, explained how chime stones were often used in Royal court music performances, which were usually a combination of chime bells and other musical instruments and often represented high-ranking status in ancient Chinese society, especially in pre-imperial China.

Their cultural and ritual significance

In China, chime stones have important cultural and ritual significance and were significant enough to be buried with ruling people and so were a core symbol for social rank and authority.

“Burying these stones with this individual was clearly a significant act,” said Dr Fang, when referring to an excavation of nine chime stones found in an Eastern Zhou Tomb in Hebi, China between 2009 and 2010.

“Returning these stones to the ground has perhaps extra poignancy, in the knowledge that they have remained intact and indeed in tune, while their owner’s body has decomposed,” she added.

Dr Fang was initially prompted to pursue advanced study in the UK after reading numerous articles written by Professor Till, an affiliate of the European Music Archaeology Project (EMAP) and the Associate Dean International for the School of Music, Humanities and Media.

For the EMAP series, Professor Till recorded a wide range of ancient European instruments and investigated the acoustics of the places where they were once played.  These included the Tombs of the Kings, a World Heritage Site in Cyprus and the Isturitz caves in France, where artefacts discovered included a pre-historic bone flute.

As a result of his research, she began to explore the journey of music archaeology with profound interest and says deciding to carry out her PhD at the University of Huddersfield, under Professor Till’s supervision, was the best decision she ever made.

“Through participation of these conferences, not only did my experience and self-confidence increase, but I also gained greater interdisciplinary knowledge during my periods of study,” she said.

“To anyone who is wondering whether to come and study here at the University, I want to implore that my Alma Mater will provide the platform you need to succeed, whatever your plans for the future. I strongly recommend the University of Huddersfield for those who want to further their studies.”

Press release from the University of Huddersfield on the outstanding PhD research into ancient Chinese musical chime stones. 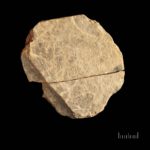