Mounting evidence across the 20th and 21st centuries shows that interpersonal violence—from homicide to warfare—increases with climate change. Is this a recent problem, or is this a persistent trait among human societies?

To address this question, a team of researchers from the University of Utah investigated how climate change and population pressure influenced rates of homicide and warfare in the Nasca Highlands of ancient Peru. Their findings suggest that climate change has the potential to harm all populations, either directly or indirectly, through destabilization and refugee crises. By focusing on per capita resource availability, the study provides a blueprint for understanding the conditions that promote violence and war in the past, and into the future.

“We are interested in what conditions consistently promote lethal violence,” said Weston McCool, postdoctoral researcher in the U’s Department of Anthropology and lead author of the study, “By doing so, we hope to take some initial steps towards building science-based tools that may aid with conflict mitigation.”

Published in the Proceedings of the National Academy of the Sciences on April 21, 2022, the team worked with local Peruvian archaeologists and community members to excavate ancient tombs that were about to collapse. The assemblage from these tombs was used to track levels of violence by looking at weapon-based trauma on 270 human skeletons, of which 150 were directly radiocarbon dated. They combined these data with paleoclimate information that tracks local and non-local precipitation, along with quantitative estimates of population growth based on the density of nearby radiocarbon-dated settlements.

Contrary to many other studies, they found that violence and warfare peaked during an increasingly stable and favorable climate. This was counterintuitive until the authors incorporated demographic change.

“Favorable local climate change improved conditions in the Nasca Highlands. At the same time, neighboring regions were experiencing droughts. People from those areas migrated into the highlands in a population boom, which put substantial pressure on the agricultural economy. Increased competition for limited resources and arable land led to chronic warfare,” McCool said.

The research offers a nuanced approach to examine how past variation in climate and demography led to changes in violence over time.

“Looking back in time allows us to see a greater range of variation than what we can see in recent history,” said Brian Codding, associate professor of anthropology and second author on the study. “This is important because future climate change and population growth will push us outside what we’ve experienced in our collective memory.”

As the threat of anthropogenic climate change looms, researchers are looking to predict how it will impact populations. Many are investigating how populations reacted to past climate changes that were far more dramatic than has been seen in the 20th century. This can provide insight into how people cope, or fail to do so, as climate becomes increasingly volatile in the coming decades.

These findings also add weight to a growing theory that violence and broader social instability is driven, at least partially, by reduced resource availability, which results from interaction between both climatic and demographic dynamics.

The implications of this research are clear—in a globalized world, climate shocks to one region can negatively affect others. “When climate change provokes mass-migrations, even places spared by initial climate impacts may see increases in violence and broader social instability,” McCool said.

Press release from the University of Utah, Lisa Potter. 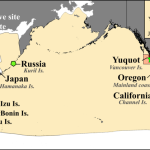 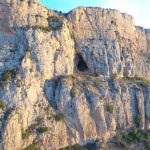