During the Middle Jurassic Period, the Isle of Skye in Scotland was home to a thriving community of dinosaurs that stomped across the ancient coastline, according to a study published March 11, 2020 in the open-access journal PLOS ONE by Paige dePolo and Stephen Brusatte of the University of Edinburgh, Scotland and colleagues.

The Middle Jurassic Period is a time of major evolutionary diversification in many dinosaur groups, but dinosaur fossils from this time period are generally rare. The Isle of Skye in Scotland is an exception, yielding body and trace fossils of diverse Middle Jurassic ecosystems, serving as a valuable location for paleontological science as well as tourism.

In this paper, dePolo and colleagues describe two recently discovered fossil sites preserving around 50 dinosaur footprints on ancient coastal mudflats. These include the first record on the Isle of Skye of a track type called Deltapodus, most likely created by a stegosaurian (plate-backed) dinosaur. These are the oldest Deltapodus tracks known, and the first strong evidence that stegosaurian dinosaurs were part of the island’s Middle Jurassic fauna. Additionally, three-toed footprints represent multiple sizes of early carnivorous theropods and a series of other large tracks are tentatively identified as some of the oldest evidence of large-bodied herbivorous ornithopod dinosaurs.

All tracks considered, these two sites expand the known diversity of what was apparently a thriving ecosystem of Middle Jurassic dinosaurs in Scotland, including at least one type of dinosaur (stegosaurs) not previously known from the region. These findings reflect the importance of footprints as a source of information supplemental to body fossils. Furthermore, the authors stress the importance of revisiting previously explored sites; these new sites were found in an area that has long been popular for fossil prospecting, but the trackways were only recently revealed by storm activity.

Lead author dePolo says: “These new tracksites help us get a better sense of the variety of dinosaurs that lived near the coast of Skye during the Middle Jurassic than what we can glean from the island’s body fossil record. In particular, Deltapodus tracks give good evidence that stegosaurs lived on Skye at this time.”

Author Brusatte adds: “These new tracksites give us a much clearer picture of the dinosaurs that lived in Scotland 170 million years ago. We knew there were giant long-necked sauropods and jeep-sized carnivores, but we can now add plate-backed stegosaurs to that roster, and maybe even primitive cousins of the duck-billed dinosaurs too. These discoveries are making Skye one of the best places in the world for understanding dinosaur evolution in the Middle Jurassic.”

Press release from the Public Library of Science. 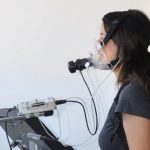 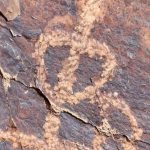