In current hunter-gatherer groups, women usually transport greater loads than men, therefore some scientists had indicated they were energetically more efficient when performing these tasks. The Paleophysiology and Ecology of hominins group of the Centro Nacional de Investigación sobre la Evolución humana (CENIEH), headed by doctors Ana Mateos and Jesus Rodriguez, has published a paper in the American Journal of Human Biology, showing that men and women use the same energy carrying a load of certain weight.

An experimental study was designed to conduct this research, in which the energy used during the load carriage by men and women was compared, measuring different body parameters. 48 volunteers of both genders participated in the tests developed in the BioEnergy Laboratory of CENIEH.

Actually, the energy cost depends solely on the body size of the individual, not on the gender. As Olalla Prado, lead author, explains, “besides the obvious differences in the body size between genders, there is no evidence of any physiological advantage favoring women in the transport of loads”.

Nevertheless, despite having lesser body size, normally women carry more weight than men among the hunter-gatherer groups. On this regards Ana Mateos indicates that in indigenous groups like the Ache, the Pume, the Efe, the Hiwi, or the !Kung, men and women invest different times in the activities of searching for and carrying resources. “In addition, the energy cost used in these tasks also depends on their abilities and their physiological and/or reproductive conditions”, she adds.

Therefore, that division of work must be explained by other factors. In those societies, women were dedicated to tasks that involved less risk, although not less importance, this way improving the viability of the group. Assuring the reproductive success is essential; lactation periods are long, and children must stay near their mothers during the first years of life. Exposing pregnant women or children to risky activities would have disastrous consequences for the group.

“Therefore, a division of tasks like that seen in those groups, is much more efficient, without that meaning differences in the capacity of one or the other gender to perform them”, concludes Jesus Rodriguez. 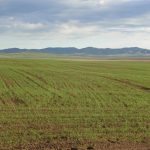 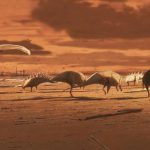