Western India was struck by the “Deccan famine” between 1630 and 1632 as crops failed after three consecutive years of Indian monsoon failures. While traveling through the region, Peter Mundy, an English merchant with the East India Company, vividly described the traumatic scenes of starvation, mass mortality, and even cannibalism in his travelog. In fact, such scenes of catastrophic drought-induced famines are widely noted in historical documentary sources suggesting that the Indian subcontinent has frequently experienced multi-year to decade-long severe droughts unlike any observed in the last 150 years when the reliable measurements of monsoon rainfall became available. Nonetheless, the historical accounts are scattered, subjective, and their veracity cannot be always confirmed. Writing in the Proceedings of the National Academy of Science, an international team of researchers has developed a new record of the past Indian monsoon drought history that spans much of the past millennium.

noted Dr. Gayatri Kathayat, the lead author of the study and an associate professor at the Xi’an Jiaotong University (XJTU) in China.

The team built their monsoon record by analyzing the oxygen isotopes in stalagmites from a remote cave in northeast India. All the analyses were conducted in the Institute of Global Climate Change at XJTU led by Professor Hai Cheng, a leading expert in the radiometric dating of cave formations and a senior author of this study. Hai Cheng noted that

“this is the first ultra-high-resolution record of its kind from India that allows a direct comparison with the available historical documentary sources of droughts due to its unprecedented dating accuracy”.

The new study suggests plausible links between the multi-year droughts and significant societal and geopolitical changes in India during the past millennium. The paleoclimate data reveal that the most severe weakening of the Indian monsoon during the past millennium occurred between the 1780s and 1810s, which is strongly corroborated by the available historical accounts from this period that describe at least 11 famines, six of which, including the dreaded Chalisa and Doji Bara or Skull Famines, occurred between ~1782 and 1792 CE with a combined estimated death toll in the excess of 11 million. Another multi-decadal period of frequent droughts from the 1590s to 1630s detected from the stalagmite record coincided with the collapse of the Guge kingdom in western Tibet and the abandonment of Fatehpur Sikri in north India—one of the largest cities of its time that briefly served as the capital of the Mughal Empire (c. 1571 to 1585 CE) before it was completely abandoned by 1610 possibly in response to crippling droughts that affected the city’s water supply infrastructure.

“Our study shows that protracted droughts, that is those lasting at least 3 years or longer, tend to occur in clusters within decades-long intervals of weaker monsoon rainfall that are separated by centuries-long periods of relatively stable climatic conditions—much like the conditions during the last 150 years where such protracted droughts are essentially absent” noted Professor Ashish Sinha of California State University Dominguez Hills. The research team cautioned that “the lack of multi-year consecutive monsoon failures during the instrumental era may provide a false sense of comfort that protracted droughts are not intrinsic aspects of Indian monsoon variability. “Unfortunately, this seemingly reassuring, but myopic view currently informs the region’s water resource infrastructure policies. If such protracted droughts were to reoccur in the future, they can easily overwhelm the adaptive capabilities of modern societies unless a longer-term and holistic understanding of monsoon variability is incorporated into the region’s drought management and mitigation planning” noted Dr. Kathayat. 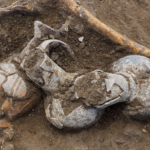 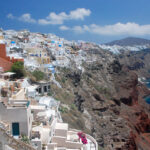