Venice, 8th March 2022 – The German artist Katharina Fritsch and the Chilean artist Cecilia Vicuña are the recipients of the Golden Lions for Lifetime Achievement of the 59th International Art Exhibition of La Biennale di Venezia – The Milk of Dreams (Giardini and Arsenale, April 23 – November 27, 2022).

The decision was approved by La Biennale’s Board of Directors chaired by Roberto Cicutto, upon recommendation of the Curator of the 59th International Art Exhibition, Cecilia Alemani.

The awards ceremony and inauguration of the 59th Exhibition, which will open to the public at 10.00 am on that same day, will be held on April 23rd, 2022 at Ca’ Giustinian, the headquarters of La Biennale di Venezia.

“The first time I saw one of Katharina Fritsch’s works in person was actually in Venice, at the first Biennale I ever attended, the 1999 edition curated by Harald Szeemann. The massive piece filling the main room at the Central Pavilion was titled Rattenkönig, the Rat King, a disquieting sculpture in which a group of giant rodents is crouched in a circle with their tails knotted together, like some strange magic ritual. Every time I’ve encountered one of Fritsch’s sculptures in the years since, I’ve felt the same sense of awe and dizzying attraction. Fritsch’s contribution to the field of contemporary art, especially sculpture, has been incomparable. She creates figurative works that are both hyperrealistic and fanciful: copies of objects, animals, and people, faithfully rendered in every detail, but transformed into uncanny apparitions. Fritsch often alters the scale of her subjects, shrinking them down or vastly enlarging them, and coating them in disorienting solid colours: it feels like one is looking at monuments from an alien civilisation, or artefacts on display in a strange posthuman museum.”

“I feel very honoured and thankful about this prize.” declared Katharina Fritsch.

“Vicuña is an artist and a poet, and has devoted years of invaluable effort to preserving the work of many Latin American writers, translating and editing anthologies of poetry that might otherwise have been lost. Vicuña is also an activist who has long fought for the rights of Indigenous peoples in Chile and the rest of Latin America. In the visual arts, her work has ranged from painting, to performance, all the way to complex assemblages. Her artistic language is built around a deep fascination with Indigenous traditions and non-Western epistemologies. For decades, Vicuña has travelled her own path, doggedly, humbly, and meticulously, anticipating many recent ecological and feminist debates and envisioning new personal and collective mythologies. Many of her installations are made with found objects or scrap materials, woven into delicate compositions where microscopic and monumental seem to find a fragile equilibrium: a precarious art that is both intimate and powerful.”

“It is a great honor and a joy for me to receive the Golden Lion Award – said Cecilia Vicuña – at a time when humanity is trying to keep peace and justice against all odds. I believe our art and consciousness can play a role in the urgent need to move away from violence and destruction, to save our environment from impeding collapse. Venice is particularly meaningful to me. Some of my paternal ancestors came to Chile from Northern Italy in the 19th century, so I learned to love its history and art as a child. My grandparents would be honored to know of the Award. My maternal line is indigenous, so I am very proud to be part the Venice Biennale curated by Cecilia Alemani, that highlights “artists imagining a posthuman condition challenging the presumed Western condition using the white man as a measure of all things.“ I am joined by an extraordinary set of artists sharing in the spirit of “The Milk of Dreams” we badly need to find a new way of being in this Earth.”

Katharina Fritsch (1956), lives and works in Wuppertal and Düsseldorf, Germany.

Since 1979 she has worked on multi-scaled, boldly hued sculptures, which she says should instead be seen as three-dimensional pictures. Saints, mice, architectural models and plans, shells, snakes, umbrellas, human figures, the sound of frogs croaking, and objects of everyday life populate Fritsch’s world: a place where realistic detailing and disorienting immaterial finish dissolves the edges between the ordinary and the uncanny, causing a sensation of surprise and astonishment.

Much of the works are made as multiples, however some are created as singular large-scale sculptures, such as Elefant / Elephant (1987) and Rattenkönig (1993). Most often the pieces are given a monochrome or two-tone color scheme, done in a smooth application to avoid the appearance of the technical process, which can be seen more in the light of a religious endeavor rather than a technically virtuous quest. Typically, each work is first molded by hand, cast and re-worked, then cast again in a chosen material, and finally finished with a matte paint. Her sculptures maintain a formal naturalism made strange by the paint’s absorption of light, lending to the sculpture’s disorienting immaterial quality.

From 1984 on she has participated in many international art exhibitions and had one-person exhibitions at museums across Europe and the United States, including the Kunstmuseum Basel, the San Francisco Museum of Modern Art, the Art Institute of Chicago, Tate Modern in London, and K21 in Dusseldorf. In 2009 her work was the subject of a retrospective at Kunsthaus Zurich and the Deichtorhallen Hamburg. In 2013 she created Hahn / Cock, an enormous sculpture of a bright blue rooster, for London’s Trafalgar Square, and in 2016 she did a collaborative exhibition with Alexej Koschkarow at the Schaulager, Basel titled Zita – Щapa.

Cecilia Vicuña (1948) is a poet, artist, filmmaker and activist. She lives and works in New York and Santiago. Her work addresses pressing concerns of the modern world including ecological destruction, human rights, and cultural homogenization. Born and raised in Santiago, she was exiled in the early 1970s after the violent military coup against President Salvador Allende.

Vicuña coined the term “Arte Precario” in the mid 1960s in Chile, for her precarious works and quipus, as a way of “hearing an ancient silence waiting to be heard.” Her impermanent multi-dimensional works begin as a poem, or as an image that morphs into a film, a song, a sculpture, or a collective performance. Her paintings of the early 1970s de-colonised the art of the conquerors and the “saints” inherited from the Catholic Church to create irreverent images of the heroes of the revolution. Her work is characterised by a desire to pay tribute to the indigenous history and culture of Chile. 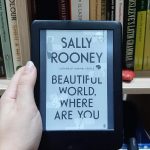