A new approach to archaeology in Iraq using high resolution drone imagery has led to the discovery, identification, and preservation of ancient buildings, from over 4,000 years ago. This is the first time drone technology has been used in this way for cultural heritage sites in southern Iraq.

A unique combination of remote sensing work using high resolution drone imagery, ground-truthing and conservation techniques. Without this important work, these buildings would have remained hidden under the surface. Fieldwork research such as this provides new and important insight into archaeological sites and objects from this region within the British Museum’s collection and museums in Iraq.

Field research from Iraq in combination with key objects from the Museum’s collection forms the narrative of the British Museum touring exhibition Ancient Iraq: new discoveries. This exhibition, in its final week in Nottingham, explores the cultural heritage of Iraq through 80 remarkable objects, and seeks to highlight the challenges of protecting Iraq’s rich and diverse cultural heritage following decades of conflict. 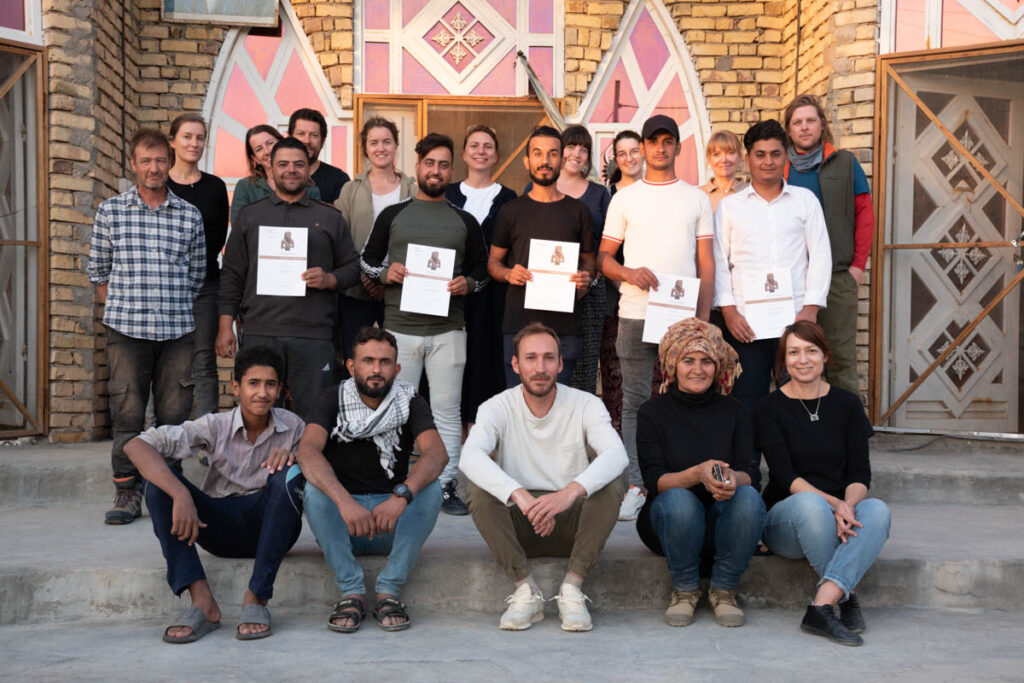 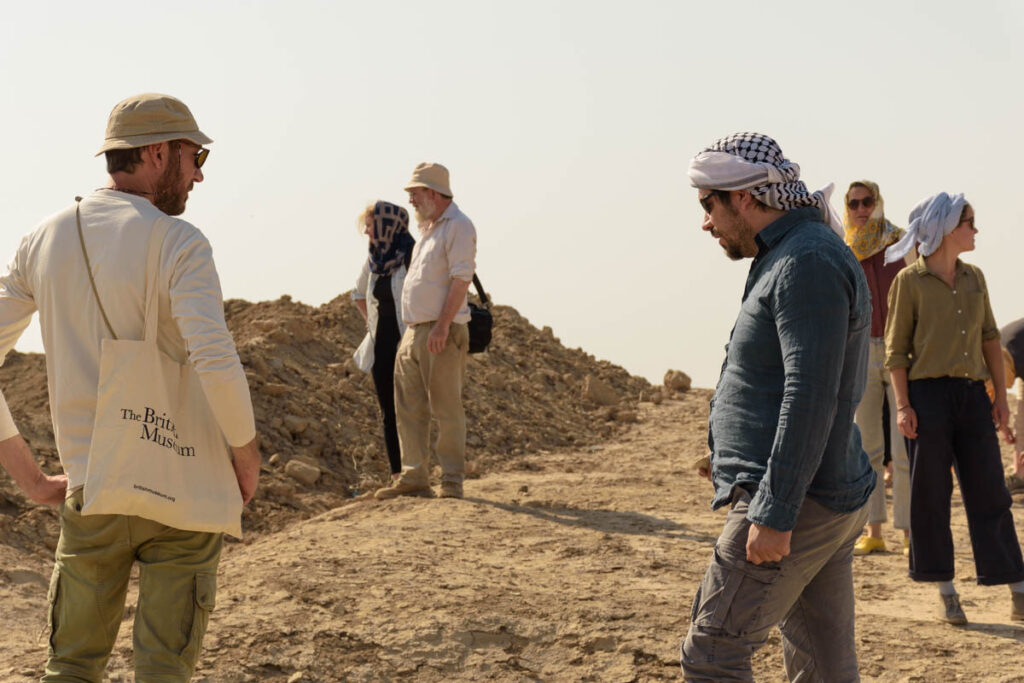 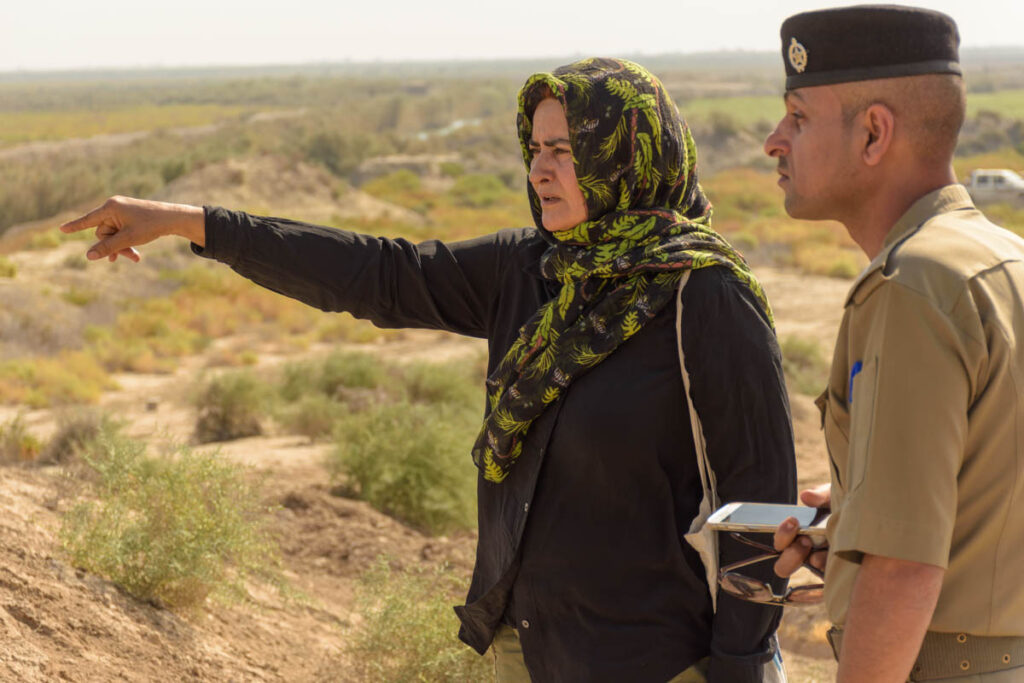 Drone research and site conservation work is part of the Girsu Project which builds upon the work of the British Museum’s Iraq Scheme (2016–21). The Girsu project, beginning autumn 2021, develops new excavations and on-site training courses in southern Iraq. The Project focuses on modern Tello, the site of the ancient Sumerian city of Girsu, where the world’s oldest bridge and a significant temple complex have already been uncovered. Ancient Sumerians (c.3000–2000 BC) are notable for having invented the world’s first writing system, dating from about five thousand years ago.

Following heavy rain at the site of Girsu in 2019, traces of walls and indications of rooms could be identified from the faint appearance of lines on photos taken by drones. Successful targeted digs by the Girsu Project team, including experts from the British Museum and Iraqi archaeologists, led the team to deduce that the building dates from the late third millennium, making it 4,000 years old. Excavation work has revealed an extremely large complex with separated areas including storage rooms and a kitchen. Archaeologists have also uncovered within the rooms clay tablets, cylinder seals and seal impressions, indicating that this could have been an important administrative building linked to the governors of Girsu. The excavated mud-brick walls overlap so perfectly with those indicated on the drone photos that this pioneering work will serve as the basis for future excavations at similar historical sites.

Additionally, the work of the new Girsu Project has led to another ground-breaking technique as the mud-bricks at the site of the building have been excavated and conserved simultaneously. The new site conservation project aims at establishing a system where conservation runs in tandem with excavations and research, including that any necessary preservation measures are taken within the same fieldwork season. This is a new way of working at important heritage sites like Girsu in Iraq, and the first time this has been done in Iraq.

Girsu continues to yield an impressive number of finds – around 1,000 pieces have been discovered in the autumn 2021 season, including inscribed votive objects, a rare foundation figurine, a worshipping statuette and a series of beautifully carved cylinder seals. These have all been safely handed over to the Iraq Museum in Baghdad. A trench in the ancient Sacred City, another new excavation area which has been eroded by wind and rain, uncovered a unique stone statuette in the shape of a worshipping braided figure, dating back to the early third millennium.

In collaboration with five universities across the country (Mosul, Babel, Qadisiyah, Simawa, and Nasiriyah), archaeology students benefit from on-site training at Girsu with experts from the British Museum. Their training scheme is designed as an intensive course in field survey in which students learn the principles of surveying techniques, collecting artefacts and how to process finds. For autumn 2021, this work concentrated on the northeast of the site between two large ancient canals where preparatory fieldwork led the team to believe that this area could be the nucleus of the Tello pre-urban settlement dating back over 5,000 years ago. Alongside this is the continuation of training Iraqi archaeologists and conservators from the State Board of Antiquities and Heritage and the implementation of the Girsu heritage management plan.

The exhibition Ancient Iraq will present ground-breaking discoveries made by the British Museum and Iraqi trainees as part of the British Museum’s Iraq Scheme (2016–21) and the Girsu Project since 2021. Star objects within the exhibition will highlight the Museum’s two archaeological fieldwork projects in Iraq: in the south, at Girsu, archaeologists excavated a temple belonging to the world’s first urban civilisation; in the north, researchers unearthed a massive fort located at the frontline of a conflict between two superpowers – the Roman and Parthian empires. This new exhibition will exclusively to Lakeside Arts in Nottingham between March – June 2022 through the British Museum’s National Programmes, a final chance for the public to see this remarkable exhibition.

Stunning artefacts from the ‘Royal Tombs’ of Ur in present-day Iraq will provide a fascinating insight into life and death in these early cities. Luxurious grave goods crafted from gold, silver and lapis-lazuli demonstrate how the ruling elite displayed power through spectacular burial customs. These tombs were accompanied by a ‘Death Pit’ containing the elaborately dressed bodies of court attendants, who were sacrificed as part of the ruler’s journey to the afterlife.

Key objects from the British Museum will also be linked with field research in northern Iraq. Excavations at the previously unexplored site of Qalatga Darband have revealed a fortified settlement located at the frontline between the Roman and Parthian empires (dating to the second and first centuries BC). Iraq’s position as the easternmost border of the Roman Empire was challenged by the Parthians, who embraced Greek cultural traditions brought to the region by Alexander the Great as he led his army across the Middle East. On display in the exhibition will be Greek-inspired statuettes, personal ornaments influenced by Greek mythology and gold burial masks, as well as a statue of Heracles. The final section of the exhibition will address the appalling destruction of Iraq’s rich cultural heritage over the past thirty years. Today, new cultural heritage initiatives focused on research, training and site conservation are being launched throughout Iraq.

Sebastien Rey, curator and Director of Girsu Project at the British Museum says, “This is so much more than an exhibition on the history and archaeology of Mesopotamia: it is a bridge between the past and present, between Baghdad, Erbil, London, and Nottingham. Ancient Iraq offers an unprecedented survey of the extraordinary range and achievements of the peoples of ancient Iraq from the first cities of Sumer to the age of empires of Rome and Parthia. It highlights the success of the latest, co-operative ways of working, exemplified by the British Museum’s partnership with the State Board in Iraq. And it celebrates the unfailing courage and the heroic work of the Iraqi archaeologists to save their cultural heritage from destruction – to preserve the legacy of ancient Iraq for the future generations.”

Nancy Highcock, curator at the British Museum says, “Ancient Iraq: new discoveries celebrates the rich past and exciting future of Iraq and its people by bringing together ancient objects and the latest findings from ongoing excavations. Audiences will not only experience the wonder of viewing art and artefacts from some of the world’s first cities, but also learn about the British Museum’s current collaborations with our Iraqi colleagues to preserve Iraq’s cultural heritage. We are thrilled that visitors in Nottingham will be able to directly engage with a diverse range of human stories as told through these incredible objects and our national and international partnerships.”

Clare Pickersgill, Keeper at the University of Nottingham Museum says: “We are looking forward to sharing new work and research currently being undertaken in Iraq. There is also a public programme of events that includes talks by colleagues in Iraq and the UK; gallery tours; music; film and activities for children. We look forward to welcoming visitors to the exhibition and events especially those with connections to the region.”

A British Museum touring exhibition Ancient Iraq: new discoveries will be on display at Djanogly Gallery, Lakeside Arts, Nottingham from 26 March until 19 June 2022. Previously it was on display at the Great North Museum in Newcastle in 2020. Generously supported by the Dorset Foundation in memory of Harry M Weinrebe.

In 2021 the British Museum was awarded a grant to develop a new programme of work at the site of Girsu in collaboration with the State Board of Antiquities and Heritage (SBAH) in Iraq. The Girsu Project is a comprehensive programme of high-level field training and on-site management of a world-class heritage site. It aims to train Iraqi archaeologists, conservators, and students in detailed techniques and technologies of retrieval and rescue excavations, from documenting to re-excavating and conserving some of the most important remains of ancient Iraq exposed in the 19th and early 20th centuries, and regularly looted since the Gulf Wars. The project provides a unique opportunity to develop an inclusive model of best practice for other heritage sites in the Middle East.

In 2015, in response to the appalling destruction by Daesh (also known as so-called Islamic State) of heritage sites in Iraq and Syria, the British Museum developed a scheme which, in the face of frustration and outrage, could offer something positive and constructive. The ‘Iraq Emergency Heritage Management Training Scheme’, or simply ‘Iraq Scheme’, received the support of the UK government, and the Museum was granted £2.9m of Official Development Assistance (ODA) through the Department for Digital, Culture, Media & Sport (DCMS). The scheme, which became a pilot project for the Cultural Protection Fund, builds capacity in the Iraq State Board of Antiquities and Heritage by training 50 of its staff in a wide variety of sophisticated techniques of retrieval and rescue archaeology.

About the British Museum’s National Programmes

The British Museum has a presence throughout the UK, engaging with partners nationally to lend hundreds of objects to partner organisations each year. Our initiatives give everyone the chance to engage with the British Museum’s collection and expertise.

With the lead support of the Dorset Foundation in memory of Harry M Weinrebe, in 2021/22 1,594 objects were lent to 95 venues, reaching 3 million people outside of London – 1 million more than visited the British Museum in the same period. Even with pandemic-related closures, in 2021/22 50% more visitors saw a British Museum object outside of London than in the museum in Bloomsbury.

The British Museum is committed to sharing its collection and knowledge as widely as possible and to create positive educational, social and economic impact for people and places across the UK. Facilitating new perspectives on our shared global history with others through Partnership Galleries, as well as through Touring Exhibitions which reflect diverse viewpoints, lived experiences and collective ideas. The Museum also manages the Portable Antiquities Scheme (PAS) in England, recording and sharing archaeological discoveries to help shape our understanding of the past.

Press release from the British Museum 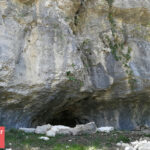 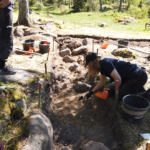