Tracing the effects of Climate Change on Historic Cultures in Hokkaido

Scientists from Hokkaido University have reconstructed the climate of Hokkaido over the past 4400 years and have revealed that changes in the climate influenced changes in historic cultures during that time.

Professor Masanobu Yamamoto and Associate Professor Osamu Seki at Hokkaido University have created climate reconstructions for Hokkaido Island, Japan, dating back to 4400 years ago. Their results, published in the journal Geophysical Research Letters, reveals the relationship between changes in the climate and changes in human cultures on Hokkaido.

Climate reconstruction is the field of study in which scientists use clues from Earth’s natural environmental records to deduce the climate in the past. For this study, the scientists chose to use sphagnum moss from the Minamihama peatland on Rishiri Island. The moss has been present in this peatland for the last 4500 years, and could provide a record of climate changes in that timespan.

The scientists measured the concentration of oxygen-18 in the sphagnum moss and plant matter in core samples collected from the peatland. Water from precipitation has a higher oxygen-18 concentration than water from relative humidity. Further, precipitation is dependent on the position of the summer westerly jet, and relative humidity is dependent on the strength of the Tsushima Warm Current. From this information, the scientists were able to reconstruct the climate conditions over the last 4400 years. By comparing their measurements to those from samples from another location on Hokkaido, they were able to determine major climate shifts across Hokkaido during that period.

They correlated these shifts in climate with the changes in the cultures in Hokkaido. During this period, Hokkaido was inhabited by the related Jomon, Zoku-Jomon, Satsumon and Ainu cultures, which are inland hunter-fisher-gatherer-farmer cultures; it was also inhabited by the Okhotsk culture, a marine hunter-fisher culture. The spread of the Okhotsk culture was linked to the weakening of the ocean currents, while the spread of the inland cultures was linked to the position of the summer westerlies.

This study contains the first well-dated robust climate records based on hydrological proxies in Hokkaido. More importantly, it shows that, historically, cultures of different lifestyles responded differently to climate changes. The summer westerly jet and the TWC influence agriculture and fisheries in Hokkaido to this day; it is predicted that they will change due to global warming, which in turn will affect the future of these industries.

Press release from Hokkaido University on the study tracing the effects of climate change on the historic cultures of Hokkaido. 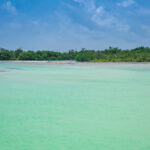 Unlocking the secrets of the Ancient Coastal Maya