Emiliano Bruner has just published a paper on the shape of the brain over human evolution, which reviews the evolutionary relationship between humans and the other primates, as well as the most recent methods for comparing the principal variations between brain and cranium

Emiliano Bruner, a paleoneurologist at the Centro Nacional de Investigación sobre la Evolución Humana (CENIEH), has just published an overview article in the Journal of Comparative Neurology, on studies of changes in brain shape over the course of human evolution, which considers the evolutionary relationship between humans and the other primates.

Evolutionary neuroanatomy must integrate two different sources of information: fossils and living species. The fossils furnish data on the process of evolution, while living species do the same for the product of evolution. Unfortunately, the fossil record is incomplete and fragmented, and often cannot support validations for specific evolutionary hypotheses. Extant species can offer more comprehensive indications, but they do not represent ancestral groups or primitive forms.

Specifically, this paper reviews the limitations on studies of evolutionary neuroanatomy and the different contributions made by analyses of living primates and extinct hominins. For instance, the great apes are still interpreted as primitive biological models, even though these are species that have evolved independently of the path traced by the human genus. “Macaques or chimpanzees are frequently used as proxy for human ancestral conditions, despite the fact they are divergent and specialized lineages, with their own biological features”, says Bruner.

With regard to the fossils, these can furnish more direct information about the evolutionary process, but the limitations of the samples often do not allow scientific testing of our hypotheses, leading to a lot of guesswork. In fact, as Bruner explains, “independent lineages, such as the Neanderthals, ought not to be confused with ancestral modern human stages”.

Endocranial molds
The paper also introduces the most recent methods for computed morphometrics and biomedical image analysis, describing the principal variations in brains and endocranial molds (endocasts) for modern humans and extinct hominins, in addition to the spatial relationship between brain and cranium in the human genus.

Finally, it proposes integrating anatomical and cultural information with what is known in neurobiology when formulating hypotheses about cognitive evolution. One example would be the evolution of the parietal cortex and its schemes of cerebral connections.

This paper, entitled Human paleoneurology: shaping cortical evolution in fossil hominids, has been published in a volume dedicated to the evolution of the cerebral cortex, edited by Verónica Martínez-Cerdeño and Stephen Noctor, of the University of California at Davis (USA). 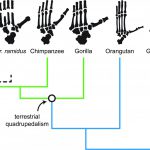 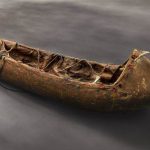