Ana Mateos and Jesús Rodríguez, scientists at the Centro Nacional de Investigación sobre la Evolución Humana (CENIEH), have published an experimental energy study in the American Journal of Biological Anthropology, which shows that children and adolescents can walk at a speed close to the optimal pace for adults, with hardly any locomotion energy costs or departing from their own optimal speed. These results suggest that individuals at these ages do not represent a burden for the mobility of hunter-gatherer groups.

The speed at which an individual can walk with the minimum energy cost is an important factor in human walking behavior, as people tend to choose a speed close to their physiological optimum, namely, that enabling them to cover a distance by employing as little energy as possible.

In addition, they choose different speeds for walking alone, in company, or in a group. In the case of adults of both sexes who are walking together, the men adjust their pace to match that of the women, departing from their own energy optimum and compromising their efficiency, in what is known as the energetic dilemma for sex-mixed walking groups.

With regard to children and adolescents, it would be reasonable to imagine that these represent a burden for the mobility of the group, by forcing the adults to move more slowly than their optimum pace, and thus much more energy-intensively. To test this hypothesis, an experimental study was designed with 74 children and adolescents of both sexes, aged 7 to 14, and their locomotion tests were conducted at the CENIEH Bioenergy and Movement Analysis Laboratory (LabBioEM).

The study measured the optimal speeds in children and adolescents, showing that the optimal pace and energy expenditure for walking are similar in both sexes. However, older children use more energy in walking at their optimal speed than younger ones do, as a consequence of their greater body size.

These results can be interpreted in evolutionary terms and extrapolated to Pleistocene hominins. “If we think of a hunter-gatherer lifestyle, in which children and adolescents participate and collaborate in searching for and finding food, these individuals do not represent a genuine burden for the rest of the group, neither in energy terms nor locomotion efficiency, as they can reach optimal walking speeds similar to adults”, says Mateos.

In the different mobility strategies for hunter-gatherer groups, mixed groups of men and women, and subadults together with adults, are formed. “Even though, in many societies, women tend to form groups together with other women or with children, all the individuals of a single group carry out tasks and walk together, without anybody imposing a major energy burden on the other members, excluding those with limited mobility, such as babies and seniors”, explains Rodríguez. 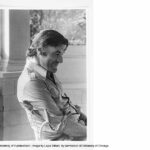 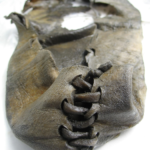