A study carried out by the ICTA-UAB presents a novel way of using the local knowledge embodied in popular proverbs to explore climate change impacts at local scales. It has been published in the journal Regional Environmental Change.

The proverbs related to environmental issues traditionally used by the local population in rural areas of Spain are currently considered imprecise and unreliable due to climate change impacts. This is the result of a study carried out  by the Institut de Ciència i Tecnologia Ambientals of the Universitat Autònoma de Barcelona (ICTA-UAB) that presents a novel way of using the local knowledge embodied in popular proverbs to explore climate change impacts at local scales.
The study, published in the journal Regional Environmental Change, took place in Sierra Nevada (Granada, Southern Spain); a perfect location to study climate change through the view of local people for two main reasons. First, because high mountainous regions are some of the most vulnerable ecosystems in the world to climate change, and second because Sierra Nevada historically has been a region in which local knowledge has been of great importance for water management and agricultural production.

Traditionally weather forecasting methods were critical to better cope with weather variability. “I was particularly impressed by the numerous indicators (clouds, wind patterns, animal behaviour) that, still nowadays, people in the area use for weather forecasting”, says María Garteizgogeascoa who led the study that also included the involvement of ICTA-UAB researchers Victoria Reyes-García and David García del Amo. Although these indicators are still used by local people, their perceived reliability is changing. “I no longer pay attention to water signals because they are no longer credible” or “In the past, cattle used to announce the rain; but now they only know when it rains after they get wet, as rain now is unpredictable”, are some of the statements made by the inhabitants of Sierra Nevada who participated in this study.

The study used information contained in local proverbs to explore the impacts of climate change on climatic aspects of the environment such as precipitation, on physical aspects like snow cover; and finally, on biological aspects, such as flowering periods.

For example, the proverb por Todos los Santos la nieve en los altos, por San Andrés la nieve en los pies indicates the arrival and abundance of snow cover. So, according to the proverb, at the beginning of November (Todos los Santos is celebrated on November 1st) snow can be found on the peaks of the mountains, and by the end of the month (November 30th) it normally reaches lower altitudes. When they asked participants about their current perception of the accuracy of this proverb, many stated that the proverb barely reflects the current situation, as snow arrives now later and it is less abundant. And indeed, the scientific data and literature for the region shows a delay in snow periods.

The proverb “Septiembre o lleva los puentes o seca las fuentes”, describes rain variability during the month of September. In this way, September could be a time of the year in which it either rains a lot (the bridges are washed away) or barely rains (the fountains dry up). Participants explained that the proverb is no longer accurate, as there is hardly any rain in the month of September now. Certainly, the scientific data and literature for the region shows that precipitation has decreased during that time of the year. The same could be said for 19 of the 30 proverbs used in the study.

Moreover, some of the proverbs examined provided information about climate change impacts not yet described by scientists. For example, “Cuando vienen los vilanos es conclusion del verano” encodes knowledge of the flowering period (end of August, beginning of September) of the cardus flower and other plants of the same genus that produce thistledown (small fluffy seeds that are transported by the wind). This proverb was considered not accurate nowadays by most of participants due to variations in flowering periods. However, we could not find local literature reporting those variations.

The study reveals that although the selected proverbs were still generally well recognized, many informants considered them not accurate nowadays. Specially, older informants and people working in the primary sector thought that the proverbs they use to guide their decisions in the past are not reliable anymore. The study documents how this perception of lack of accuracy goes in line with trends documented by local, regional and scientific literature and impacts of climate change documented through a Global Change Observatory established in the area in 2007. And how for others, the perceived accuracy provides novel information for scientifically undocumented climate change impacts in the area.

“Very few studies, and none in Spain, have ventured to study climate change at local scales through songs, stories or proverbs. However, this work shows that, despite some limitations, these traditional ways of encrypted local knowledge could be a useful source to do so and a window of opportunity to engage with local communities. During my work in the field, proverbs proved to be a useful tool to engage participants in discussions about climate change issues”, says María Garteizgogeascoa. She hopes that this study, together with the increasing literature around climate change and local knowledge, will “contribute to bring visibility to the benefits and needs of having a climate change science that integrates different knowledge systems in part to develop a more democratic and targeted policy making”.

According to researcher Victoria Reyes-García, “in the absence of meteorological data from the past, traditional knowledge collected in proverbs and other forms of popular knowledge can be an alternative source of information to understand the impacts of climate change.”

Press release on the usage of popular knowledge to gather information about climate change from the Institut de Ciència i Tecnologia Ambientals of the Universitat Autònoma de Barcelona (ICTA-UAB). 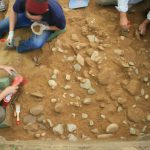 The African affinities of the southwestern European Acheulean 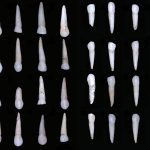