The preserved footprints found in New Mexico’s Lake Otero Basin would upend scientific understanding of how, and when, humans first arrived in North America, if they are accurately dated. A new study brings the age claim into question.

The wide expanse of an ancient lakebed in New Mexico holds the preserved footprints of life that roamed millennia ago. Giant sloths and mammoths left their mark, and alongside them, signs of our human ancestors. Research published in September 2021 claimed that these footprints are “definitive evidence of human occupation of North America” during the last ice age, dating back to between 23 and 21 thousand years ago. Now, a new study disputes the evidence of such an early age.

Scientists from DRI, Kansas State University, the University of Nevada, Reno, and Oregon State University caution in Quaternary Research that the dating evidence is insufficient for claims that would so radically alter our understanding of when, and how, humans first arrived in North America. Using the same dating method and materials, the new study shows that the footprints could have been left thousands of years later than originally claimed.

“I read the original Science article on the human footprints at White Sands and was initially struck not only by how tremendous the footprints were on their own, but how important accurate dating would be,” says Charles Oviatt, emeritus professor of geology at Kansas State University and one of the new study’s authors. “I saw potential problems with the scientific tests of the dates reported in the Science paper.”

“It really does throw a lot of what we think we know into question,” says David Rhode, Ph.D., a paleoecologist at DRI and co-author of the new study. “That’s why it’s important to really nail down this age, and why we’re suggesting that we need better evidence.”

Archaeologists and historians use a number of methods to determine the timing of historic events. Based on these methods, scientists tend to agree that the earliest known dates of humanity’s colonization of North America lie between 14 and 16 thousand years ago, after the last ice age. If the original claims are correct, current chronological models in fields as varied as paleogenetics and regional geochronology would need to be reevaluated.

“23 to 21 thousand years ago is in a timeframe where you need to really pay attention to how people got into North America,” says Rhode. “At that time, there was a huge, mile-high mountain range of ice covering Canada to the north, and the pathway down the Pacific Coast wasn’t very accommodating either – so it may have been that people had to come here much earlier than that.”

By studying ancient DNA from human fossils and using rates of genetic change (a sort of molecular clock using DNA), paleogeneticists surmise that the American Southwest was first occupied no earlier than 20 thousand years ago. If the footprints are older, it throws into question the use and integrity of these genetic models. It’s possible that the ages from one study at a single site in a New Mexico lake basin are valid, and that age estimates from a variety of other fields are invalid, the authors write, but more robust evidence is needed to confirm the claims.

At the center of the debate are the tiny seeds of an aquatic plant used to age the footprints. The timeframe for the seeds was identified using radiocarbon dating methods, in which researchers examine a type of carbon known as Carbon-14. Carbon-14 originates in the atmosphere and is absorbed by plants through photosynthesis. These carbon isotopes decay at a constant rate over time, and comparing the amount of Carbon-14 in the atmosphere to the amount present in fossilized plant material allows scientists to determine their approximate age. But the plant species used, Ruppia cirrhosa, grows underwater and therefore obtains much of its carbon for photosynthesis not directly from the atmosphere as terrestrial plants do, but from dissolved carbon atoms in the water.

“While the researchers recognize the problem, they underestimate the basic biology of the plant,” says Rhode. “For the most part, it’s using the carbon it finds in the lake waters. And in most cases, that means it’s taking in carbon from sources other than the contemporary atmosphere – sources which are usually pretty old.”

This method is likely to give radiocarbon-based age estimates of the plant that are much older than the plants themselves. Ancient carbon enters the groundwater of the Lake Otero basin from eroded bedrock of the Tularosa Valley and the surrounding mountains, and occurs in extensive calcium carbonate deposits throughout the basin.

The authors demonstrated this effect by examining Ruppia plant material with a known age from the same region. Botanists collected living Ruppia plants from a nearby spring-fed pond in 1947 and archived them at the University of New Mexico herbarium. Using the same radiocarbon dating method, the plants that were alive in 1947 returned a radiocarbon date suggesting they were about 7400 years old, an offset resulting from the use of ancient groundwater by the plant. The authors note that if the ages of the Ruppia seeds dated from the human footprints were also offset by roughly 7400 years, their real age would be between 15 and 13 thousand years old – a date which aligns with ages of several other known early North American archaeological sites.

The dating of the footprints can be resolved through other methods, including radiocarbon dating of terrestrial plants (which use atmospheric carbon and not carbon from groundwater) and optically stimulated luminescence dating of quartz found in the sediment, the authors write.

“These trackways really are a great resource for understanding the past, there’s no doubt about that,” says Rhode. “I’d love to see them myself. I’m just cautious about the ages that the researchers put to them.”

The full study, A critical assessment of claims that human footprints in the Lake Otero basin, New Mexico date to the Last Glacial Maximum, is available from Quaternary Research: https://doi.org/10.1017/qua.2022.38 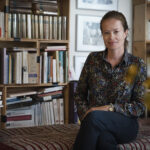 She wants to know how we talk about dying 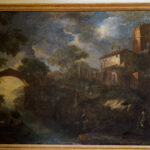