A JEWISH PAINTER AT THE MEDICI COURT IN THE 17TH CENTURY REDISCOVERED: THE UNIQUE CASE OF JONA OSTIGLIO

The discovery was made by Piergabriele Mancuso, professor of Jewish Studies, and the art historian and Uffizi curator Maria Sframeli; it will be presented to the public today at the Vasari Auditorium.

In 17th-century Florence, a Jewish painter lived and worked at the Medici Court in Florence, a unique case for the period. In fact, Jona Ostiglio, a highly skilled and versatile artist, who received important commissions from the reigning dynasty and from the powerful Florentine families of the period, such as the Mannelli, was held in such esteem that he was named a member of the prestigious Academy of Fine Arts (Accademia delle Arti e del Disegno), which was founded by Giorgio Vasari and presided by the Medici Grand Dukes, in 1680. He should remain the Academy’s only Jewish member until the 20th Century.

The totally unexpected discovery of the history of Ostiglio, whose existence was all but forgotten over the past centuries, was made by Piergabriele Mancuso, professor of Jewish Studies in Venice, and the art historian and Uffizi curator Maria Sframeli. It will be presented to the public for the first time in the Uffizi Galleries’ Vasari Auditorium later today, at 5 p.m. CET, as part of weekly lecture series organized by the museum, which is also broadcast on the museum’s Facebook channel.

Piergabriele Mancuso states: “As part of my research on the Florentine Jewish community during the reign of the Medici, last year I came into contact with Maria Sframeli at the Uffizi. She had found a number of paintings and documents that attest to the activity in 17th-century Florence of the Jewish painter Jona Ostiglio, and she encouraged me to research the life and circumstances of this artist, to whom a brief reference was first made in an article 1907 written by Umberto Cassuto, the well-known rabbi, scholar of the Tanakh and of Near Eastern history. We asked ourselves: Who was this enigmatic personality, of whom all traces apparently had been lost? We started to look for more documents together, to piece together evidence about his life, and to learn about his important role in Florence at the time.”

It was possible to reconstruct the biography of this Jewish artist, who succeeded in affirming the importance of his role at the Medici court and in late Baroque Florence, in little more than a year: an astonishing rediscovery, not only for Jewish history in Italy, but for the history of the art worldwide.

Comments Uffizi Director, Eike Schmidt: “Despite the challenges imposed by the Catholic Church and despite the Inquisition, the Medici Grand Dukes managed to save Galileo’s life and to protect his research in seventeenth century Florence. Now we learn that a Jewish artist was allowed to practice painting – a profession that was normally not permitted to be exercised by Jews in 17th-century Italy – and that he was granted the honour of being named a member of the Arts Academy sponsored and presided by the grand dukes themselves, and of receiving commissions from the most prominent noble families in town. This is certainly a very important historical result, which bears witness to the Medici’s open-mindedness – remember that also Artemisia Gentileschi, recovering from the rape trial, found refuge and work at their court – and of the period’s Florentine society at large: a city state that rewarded art above all, regardless of gender, wealth, and religious faith.”

For Ruth Dureghello, President of the Jewish Community of Rome: “We are facing an exceptional discovery which, despite its rarity, documents how much Jewish culture has contributed over the centuries to shape the histories upon which our nation is built – even in those periods, like the one illustrated by the story of Jona Ostiglio, which were still very distant from the concepts of integration and dialogue.”

Life and art of Jona Ostiglio

Jona Ostiglio was born between 1620 and 1630 and was presumably active between 1660 and 1690, under the Grand Duchy of Ferdinando II and Cosimo III de’ Medici. He died between the end of the century and the beginning of the next, in any case after 1695. Initially a faithful copyist of the Baroque painter and engraver Salvator Rosa, Jona was a member of the “Italian nation”, i.e. of the Jews of the Italian rite, the so-called italkim: he began his career as an independent painter late in life and outside the ursual institutional framework, given that he, as a Jew, could not be part of work corporations or officially belong to artistic ateliers.

However, thanks to his profound familiarity with the fabric outside the Ghetto and to the excellent professional and personal relationships that he was able to establish with some of the most important figures in the artistic world of the time, Ostiglio managed not only to obtain commissions from the Medici and from the most important families of the Florentine nobility, but also to collaborate in the workshop of the Florentine painter Onorio Marinari. Some of his most mature works are now kept in the Uffizi, in the Medici villa of Poggio a Caiano, in the Florentine church of San Michele in San Salvi and even at the Ministery of Foreign Affairs (Farnesina) in Rome: panels and canvases imbued with a Caravaggio-like atmosphere, still lifes resembling human beings, anomalous crabs with hazel eyes, Tuscan countryside. From today, these works will no longer be called “Anonymous seventeenth-century,” but they now rightfully bear the name of Jona Ostiglio.

Professor of Jewish Studies, musician and researcher, he obtained his PhD from University College London, carrying out research and teaching abroad. He has dealt with various topics concerning the Jewish world, from the history of the Jewish communities in Southern Italy, to the history and development of Tuscan Judaism in the grand-ducal age, to the birth of the musical repertoire during the era of Jewish emancipation in Italy. He has taught and held courses and seminars at Italian and foreign universities and within the Abroad Programs of Boston University. He is Senior Lecturer in the History of Venice and History of Music. Since 2013 he has directed The Eugene Grant Jewish History Program at the Medici Archive Project in Florence.

Press release from the Uffizi Galleries 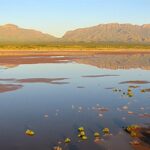 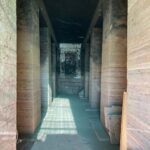