The CENIEH participates in a study published in the journal Science Advances that has assembled the largest ever database on the enigmatic “airbags” that form in the anterior part of the frontal bone, just above the orbits in primates.

Today, the journal Science Advances publishes a paper on the frontal sinuses in the majority of the human fossils in which this anatomical region has been conserved. The participants include scientists from the Centro Nacional de Investigación sobre la Evolución Humana (CENIEH). This work, led by Antoine Balzeau (National Natural History Museum in Paris), has assembled the largest ever database on the enigmatic “airbags” that form in the anterior part of the frontal bone, just above the orbits in primates.

The results of this study suggest certain differences between species of the genus Homo, so that the size and shape of the frontal sinuses could potentially be biological variables for telling species apart. From now on, any specimen in which this skeletal region is conserved ought to be studied along the lines of this work. With future expansion of the database, whether the frontal sinuses help to tell species apart could become clear.

In the sample used for this work, every important hominin fossil was included, such as those found in the Sierra de Atapuerca (Homo antecessor and Homo heidelbergensis), and comparative data were also incorporated for both species of chimpanzee (Pan paniscus and Pan troglodytes) and gorillas (Gorilla gorilla), “conferring even greater value on this research”, say José María Bermúdez de Castro, coordinator of the Paleobiology Program at the CENIEH, and the director of the same, María Martinón-Torres.

In gorillas and chimpanzees, and in the most ancient genera in human genealogy (Sahelanthropus, Australopithecus, and Paranthropus), the sinuses can expand in volume within the frontal bone without any kind of constraint. On the other hand, the increased cranial and brain volume in species belonging to the genus Homo limit the size of both the frontal sinuses and the bony superstructures that form above the orbits.

It is very possible that the size and shape of the frontal sinuses have no special adaptive value for survival —as also happens with many other traits—, but rather these parameters could be a secondary consequence of the organization and peculiar development of the bones of the skull and face during the evolution of the different species of the genus Homo.

Development of the frontal sinuses

Traditionally, the presence of the frontal sinuses has been interpreted as either an adaptation to cold climates, or as a reinforcement for dissipating the tensions that the muscles give rise to during chewing. Neither the climatic nor the biomechanical interpretation seem compatible with the results of the investigation.

For instance, the Neanderthals underwent the last great glaciation and it is known that they used their front teeth like a third hand. This last custom produced a powerful tension in the bones of the skull. Nevertheless, neither the shape nor the size of the frontal sinuses in Neanderthals are very different from those in other species of the genus Homo.

“As a consequence, the two classic hypotheses for explaining the development of the frontal sinuses should be definitively discarded, and in this paper, we have tried to seek alternatives”, according to Elena Santos, a researcher at the Centro Mixto UCM-ISCIII who is affiliated to the CENIEH. 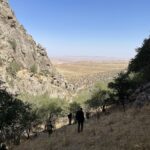 Central Asia identified as a key region for human ancestors 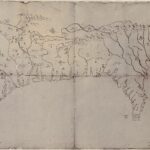