TUTANKHAMUN’S PRICELESS TREASURES WILL RETURN TO PARIS FOR THE FIRST TIME
IN A GENERATION WITH ‘TUTANKHAMUN, TREASURES OF THE GOLDEN PHARAOH’

Paris, 29 November 2018 – Celebrating the 100-year anniversary of the discovery of his tomb, the new Tutankhamun, Treasures of the Golden Pharaoh exhibition has opened in Paris on 23 March 2019. More than 50 years after his treasures attracted more than 1.2 million visitors to the ‘exhibition of the century’ in Paris in 1967, this is a unique opportunity to rediscover the legend, before the artefacts are permanently housed in the Grand Egyptian Museum in Cairo.

Presented by the Egyptian Ministry of Antiquities and IMG at the Grande Halle de la Villette, in collaboration with the Louvre in an advisory role, the exhibition’s curated collection features more than 150 original artefacts from Tutankhamun’s tomb including a number of the young sovereign’s personal objects that accompanied him in both life and death: gold jewellery, sculptures and ceremonial objects. FedEx, the tour’s official logistics provider, will utilise its global network to transport the artefacts, including more than 50 items that will be visible for the first time outside of Egypt.

While the Pharaohs that succeeded Tutankhamun almost managed to erase him from the history books, he became headline news around the world when his tomb was found untouched in 1922 by the British archaeologist and Egyptologist Howard Carter. Had he not made this discovery, which brought fame to two men who lived 3,400 years apart, the 18th dynasty Pharaoh could have been forgotten completely.

“To celebrate the 100th year anniversary of discovering the tomb of the Boy King Tutankhamun, Egypt is sending 150 masterpieces to tour all over the world. We invite people to come and see them, before they return to Egypt,” said Dr. Mostafa Waziry, Secretary General of the Ministry of State for Antiquities, Egypt.

“By reviving the legend of the Pharaoh covered with gold in a very potent way, the discovery of Tutankhamun’s unplundered tomb, almost one hundred years ago, revived our fascination with Egypt and its buried treasure. It is a pleasure to collaborate in bringing the legend of Tutankhamun and these extremely rare objects from the Cairo Museum for this historic and final return to Paris, and inspiring wonder in a new generation,” said Vincent Rondot, Director of the Department of Egyptian Antiquities, the Louvre.

For ancient Egyptians, death was also considered to be a new birth. However, this life after death was only possible if the body was preserved and underwent the right rituals. To ensure this post mortem rebirth and survival in the afterlife, the ancient Egyptians created a whole host of rituals, objects, images and texts that can be found inside and on the walls of the tomb. Visitors to the exhibition will follow Tutankhamun’s journey into everlasting life, discovering along the way what each funerary object was used for on this perilous journey, as well as the story of one of the key discoveries in modern archeology. As they explore the exhibition, visitors will be perpetuating the memory of the Pharaoh and his immortality.

In addition to accompanying the project, the Louvre Department of Egyptian Antiquities will lend one of its own masterpieces: the statue of the god Amun protecting Tutankhamun, and is setting up a special “Valley of the Kings” itinerary in its permanent collection.

“The 100th anniversary of one of the greatest archaeological discoveries in history inspired us to create an exhibition like none before. As millions of people around the world get the opportunity to see these ancient objects in an immersive and personal context, we know Tutankhamun’s place in people’s imaginations will be secure for generations to come,” said John Norman, Managing Director, Exhibitions, IMG.

The Grand Egyptian Museum will be situated adjacent to the Giza Plateau within 2.5 kilometres of the Giza pyramids. Once completed it will be a world-leading scientific, historical and archaeological study center that will cover approximately 3,000 years of ancient Egyptian history and house more than 100,000 artefacts. This stunning location will serve as a backdrop to a display of priceless artefacts, including the final resting place of the Tutankhamun collection. The Giza Plateau is a UNESCO World Cultural Heritage site. Aside from the pyramids, it is home to the Giza Necropolis and the Great Sphinx. 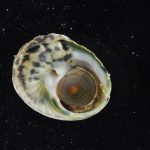 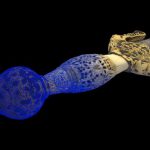 The sword of a Hispano-Muslim warlord is digitized in 3D