The team at the Conservation and Restoration Laboratory at the Centro Nacional de Investigación sobre la Evolución Humana (CENIEH) has just concluded its intervention on the oldest assemblage of antler mining tools in the Iberian Peninsula, dated to around 6,000 years old, and recovered during the 2018 excavation campaign directed by the CENIEH geologist Andoni Tarriño Vinagre.

This consists of seven remains of red deer antlers encountered in the quarry of Pozarrate (Treviño, Burgos), one of Spain’s most important Neolithic flint mining operations. These tools are at least 1000 years older than other similar antler tools associated to prehistoric copper mining.

The intervention, comprising curative conservation and restoration work, was made complex by the conditions of preservation of the antlers, due in turn to their morphology and composition, aggravated by damp and the type of sediment present in the quarry. “A process of controlled desiccation was necessary so that the morphology and inherent information in the pieces was not lost”, explains Pilar Fernández Colón, head of the Conservation and Restoration Laboratory at the CENIEH.

Once restored, these tools will be studied by specialists in bone industry, and will be analyzed using non-destructive techniques, such as as micro-computed tomography. And Antonio Tarriño will present these findings to the scientific community at the international conference on mining archeology organized by the UISPP Commission on Flint Mining in Pre-and Protohistoric Times, in Warsaw, where the greatest specialists in the field will meet in September.

2019 Excavation campaign
In this year’s excavation campaign, which is to take place during the month of July, work is going to continue on exposing the rocky substrate with flint which was the object of the mining activity, and it is hoped to reach a depth of at least 5 meters in the bottom of the quarry.

“We also expect to continue recovering more antler tools among the utensils employed in the operation, such as: ophite sledgehammers, flint picks and hammers and tens of thousands of fragments of waste flint from the operation”, says Tarriño.

This project by the CENIEH is receiving financial and infrastructure support from the Ayuntamiento de Treviño, the Universidad del País Vasco (UPV/EHU), the Junta de Castilla y León and the Diputación Foral de Álava. “Moreover, given the complexity and interest of the data we are getting, we have managed to extend the duration of the MINECO Project which this research is part of (HAR2015-67429-P), for one year”, he adds. 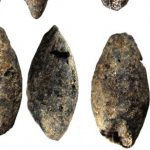 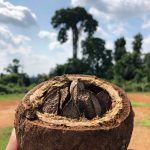