Today, Fiumicino in Italy is a busy airport, but 2,000 years ago this area was filled with boats – it was a large artificial harbour only a stone’s throw from the ancient port of Rome (Ostia). To tie in with the opening of the site’s newly refurbished museum, Giulia Boetto, a CNRS researcher at the Camille Jullian Centre (CNRS/Aix-Marseille Université), has coordinated 3D reconstructions of three of the wooden boats found at Fiumicino.

These boats, in use between the 2nd and early 5th centuries AD, were abandoned in the port when they became outdated. At which time, they became waterlogged and covered with a layer of sediment. These oxygen-free conditions enabled the boats to survive until they were excavated, almost 60 years ago. Recovered and initially housed in the museum, which required major structural work, these wooden remains were documented using state-of-the-art digital survey techniques, then analysed and reconstructed in 3D, thanks to Boetto’s expertise in naval archaeology.

The researcher also called on Marseille-based start-up Ipso Facto to create 3D models of the remains and on her colleague Pierre Poveda, a CNRS research engineer in the same laboratory, to restore the missing parts using archaeological comparisons and iconographic representations. By the end of the year, these 3D reconstructions will be housed at the new Roman Ship Museum in the Archaeological Park of Ancient Ostia.

This exhibition will enable visitors to discover ancient boat construction techniques and what life was like on board these Roman vessels. It will also allow them to virtually navigate in what was the most important Mediterranean port complex during the Roman Empire.

A video of the fishing boat’s 3D reconstruction is available here. 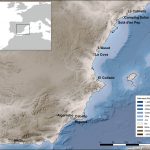 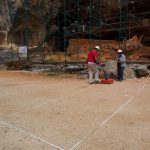