Reconstruction of the most complete fossil lizard found in Australia, a 15 million year old relative of our modern blue tongues and social skinks named Egernia gillespieae, reveals the creature was equipped with a robust crushing jaw and was remarkably similar to modern lizards.

A new study lead by Flinders University PHD student Kailah Thorn, published in the journal of Vertebrate Palaeontology, combined the anatomy of of living fossils with DNA data to put a time scale on the family tree of Australia’s ‘social skinks’.

“This creature looked like something in-between a tree skink and a bluetongue lizard. It would have been about 25 cm long, and unlike any of the living species it was equipped with robust crushing jaws,” says Ms Thorn.

The results show that our Australia’s bluetongue lizards split from Egernia as early as 25 million years ago.

“The new fossil is unusually well-preserved, with much of the skull, and some limb bones, all from a single individual. It belongs to the genus Egernia, a modern species in this group which are often called ‘social skinks’ and are known for living in family groups, sharing rocky outcrops and hollow tree stumps.”

Remarkably similar to modern social skinks, E. gillespieae instead is equipped with rounded crushing teeth and a deep, thick jaw.

The fossils are from the Riversleigh World Heritage fossil deposits in northwest Queensland, and were named after Dr Anna Gillespie, a UNSW palaeontologist responsible for preparing many of the spectacular fossils from that area.

“I have been preparing the Riversleigh fossil material for quite a few years now and lizard bones are rare elements. When the jaw appeared and was quickly followed by associated skull elements, I had a good feeling it would be a significant addition to the Riversleigh reptile story,” says Dr Gillespie. 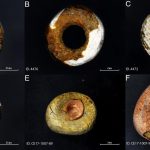 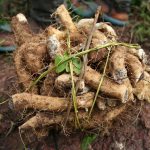