Scientists at the Centro Nacional de Investigación sobre la Evolución Humana (CENIEH) have assessed whether knowledge and experience affect the distribution of the attention during the visual exploration of stone tools, in a study published in the journal Archaeological and Anthropological Sciences. The results suggest that prior experience does indeed influence how the tool is processed visually.

The study compared the visual behavior of 31 individuals with knowledge of archaeology and 43 others without experience. The visual attention was analyzed using the technology of eye-tracking, while the subjects observed tools that were within reach and handled them. This method localizes the pupil using infrared rays and projects the user’s gaze onto the scene being observed. This makes it possible to discover where the attention is being directed, and to quantify how long is spent observing each region of the tool.

“The distribution of the visual attention varies, as more knowledgeable people spend longer observing the zones considered functional, namely the top and the knapped surface of the tools, whereas participants without previous knowledge are more influenced by the well-known bias in favor of observing the center of any scene or object.

“Curiously, the zones relating to handling, like the tool base or the natural stone surface, do not present differences between the two types of participants. It follows that prior experience with lithic industry exerts an influence when processing the tool visually”, says María Silva Gago, lead author of this work.

These differences could be associated to different types of processing of affordances, which are the properties of tools suggesting how to interact with them. On the one hand, there are affordances related to the functional information, while others relate to handling or sensorimotor behavior.

The experienced individual can focus on the possible functions of a tool, because that person knows how to grasp it. On the other hand, the affordances associated to handling do not depend on previous knowledge, and can therefore be considered more innate and deeply rooted aspects of how we relate to tools.

This paper is the fourth in a series from the Paleoneurology team, coordinated by Emiliano Bruner, on the analysis of visual perception and Lower Paleolithic stone tools, and the other collaborating institutions were the University of Lincoln (United Kingdom), Universidad Isabel I in Burgos, and the Centro de Arqueología Experimental de Atapuerca (CAREX). 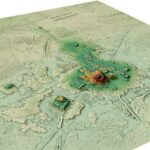 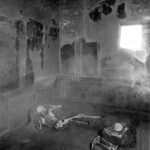