Centuries-old documents related to the capture of ships by the British are accessible online from today, for the use of international researchers. The “Prize Papers”  Project of the Academy of Sciences and Humanities Göttingen is, as a first stage, making available online via the website www.prizepapers.de documents from court processes linked to approximately 1,500 ship captures between 1793 and 1815. The act of capturing ships, as so-called prize, was once a common practice during the conduct of war by legitimate means. Since 2018, the research project has had as its long-term objectives the cataloguing and digitisation of the “Prize Papers” in their entirety, which were originally drawn up for or during court processes related to ship captures by the English or British between 1652 and 1817. This project, which is situated at the University of Oldenburg, as well as at The National Archives, UK (TNA), is being funded by the Academies Programme of the Union of the German Academies of Sciences and Humanities which in turn is, in equal parts, financed by the Federal Government of Germany and the state of Lower Saxony. The project co-operates closely with the German Historical Institute London, as well as the VZG, the Head Office of the Common Library Network in Göttingen, who provide their IT expertise.

In total, The National Archives’ collection of Prize Papers comprises documents from 14 naval wars which England or Great Britain participated in and that resulted in more than 35,000 ships being captured. By 2037, the anglophone Open-Access portal will be gradually extended to ultimately grant access to the entire archival “Prize Papers” collection as approximately 3.5 million digital copies in 19 different languages.

“In addition to the trial records, the body of evidence, which consists of confiscated ships papers as well as a wide range of items, promises unique discoveries for the international research”, says the director of the project, historian Prof. Dr Dagmar Freist.

The digital copies that are now accessible via the research portal include 55 so-called case books. These comprise printed copies of documents from appeal cases that were held between 1793 and 1815 and are related to the prize appeals and evidence of approximately 1,500 captures, originally heard at the High Court of Admiralty in London or the assigned Vice-Admiralty Courts in the colonies, including those in the Caribbean and the Northwest Atlantic. Two-thirds of all appeals in this time came from the United States. The more than 57,000 photographed pages are linked to trials that were held during the French Revolutionary War or the Napoleonic Wars.

“The case books serve as an excellent point of entry into the historical period, as well as the global systematic capturing of merchant ships”, says Dr Amanda Bevan, head of The National Archives’ Prize Papers team located in London.

Regarding the research portal’s structure, the “Prize Papers” team is aiming at being highly transparent by design. “Every database functions on the basis of an underlying concept limiting possible approaches and questions, we, however, want to keep the restrictions of accessing information for potential discoveries at a minimum,” states head of the project Freist. “In accordance with this, we are aiming at designing the portal to not only make the recorded legal structure of the systematic seizing and capturing of ships available to the researchers, but also to grant users direct access to the documents and the diverse global contexts they originated from. For example, due to inventory lists we have gained the knowledge that many ships were transporting enslaved people. Discoveries such as these caused us to set ourselves the additional goal of making the colonial relations explorable, too,” Freist explains.

In the further course of this year, a selected part of the archival collections that date from the War of Austrian Succession (1740 – 1748) will be added to the online portal, including examples of confiscated letters, of which a total of 160.000 have been preserved, as well as logbooks, ships papers and bills, poems, drawings, fabrics and playing cards. Many of these artefacts have not only managed to stand the test of time over the course of the past centuries, but have also managed to remain virtually untouched until today. Images and videos of, as well as a documentary on the handling of and working with this truly unique material by the project’s international team can be found on the homepage.

Press release from the University of Oldenburg and the Academy of Sciences and Humanities Göttingen. 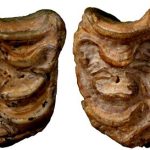 The pattern of North-South extinction in Hipparion ambiguum is confirmed 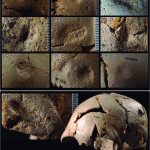