Putting the Luwian Culture on the Map

At the time of the Trojan War, around 1200 BCE, western Turkey was covered by a dense network of flourishing settlements. This is the conclusion of a comprehensive study begun twelve years ago that has just been published.

Zurich, Switzerland, August 31, 2022 – A team of Swiss and Turkish archaeologists have evaluated the results of 33 excavations and 30 archaeological surveys in western Turkey and, on this basis, have identified 477 large settlement sites that were inhabited for at least 1,000 years, and in some cases for 5,000 years. The scientific publication appeared today. It is accompanied by a foldable topographic map showing the former settlements. Until now, western Asia Minor was considered to have been politically and economically insignificant during the Middle and Late Bronze Age (2000–1180 BCE).

The new investigation confirms a theory published in 2016, according to which the settlements in the region could be assigned to the previously largely disregarded Luwian culture – with its own language and script.

In northwestern Turkey, directly at the entrance to the Dardanelles, lay Troy, the legendary city that fell victim to an enemy raid between 1190 and 1180 BCE. According to Homer, a united army of the Mycenaean petty kingdoms fought against Troy and its neighbors, who were allied with the city at that time. Homer lists the contingents on both sides. On Troy’s side were armies that came from a huge catchment area stretching from the river Axios in northern Greece across Thrace and along the entire Aegean coast of Anatolia to the Black Sea. However, the cultures of these regions have so far hardly been systematically recorded. According to the scientists behind the current study, this circumstance may have contributed to the fact that until today it has not been possible to satisfactorily explain the chain of events leading to the sudden demise of the Bronze Age cultures.

Using a geographic information system (GIS) and taking into account 30 physio-geographical factors for each of the Middle and Late Bronze Age settlement sites, the researchers, Eberhard Zangger, Alper Aşınmaz, and Serdal Mutlu, were able to determine which locations people preferred for their settlements. Proximity to fertile farmland and drinking water were particularly important. One third of the settlements were less than four kilometers from a possible route through the interior. Ore deposits are abundant in the region, but their location had no influence on the settlement pattern.

Geoarchaeologist Eberhard Zangger says: “What is known today about Late Bronze Age cultures in the northeastern Mediterranean attaches great importance to the Mycenaeans in Greece and the Hittites in central Asia Minor. We still know far too little about the people who lived between these two centers of power. Through a comprehensive evaluation and synthesis of the individual studies, most of which have been published in Turkish, we hope to contribute to a better understanding of this region in that period.

The researchers do not shy away from addressing the possible implications of their study. According to them, it emerges that the small states in western Asia Minor took advantage of a phase around 1192 BCE when the Hittite royal house was weakened by internal turmoil. By entering into a military alliance and secretly building a fleet, the states of western Asia Minor aimed to free Cyprus from Hittite control. Having quickly succeeded in this, they continued to the coast of northern Syria to raid and weaken the main Hittite allies based there. This series of destructions eventually led to the complete downfall of the Hittite Empire. Accordingly, the so-called Sea Peoples, hitherto enigmatic, to whom the raids of that time are attributed, ultimately conceal an alliance of Western Anatolian small states. 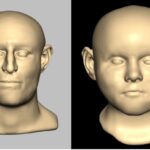 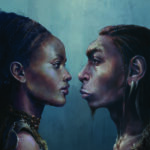