Tree-ring, ice core and volcano experts teamed up to identify one of the most climatically impactful volcanic eruptions in 4,000 years – Aniakchak II. In the process, they narrowed down potential dates for the Thera volcano eruption.

A University of Arizona tree-ring expert is closer than ever to pinning down the date of the infamous Thera volcano eruption – a goal she has pursued for decades.

Charlotte Pearson, an associate professor in the Laboratory of Tree-Ring Research, is lead author of a new paper in PNAS Nexus that combines a mosaic of techniques to confirm the source of a volcanic eruption in 1628 B.C. While the eruption was previously thought to be Thera on the Greek island of Santorini, Pearson and her colleagues found instead that it was Alaskan volcano Aniakchak II.

The finding helps researchers narrow down when the actual Thera eruption took place.

Thera’s massive eruption, known to have occurred sometime before 1500 B.C., buried the Minoan town of Akrotiri in more than 130 feet of debris. But the exact date of the eruption, along with its impact on climate, have been debated for decades.

If a volcanic eruption is large enough, it can eject sulfur and debris called tephra into the stratosphere, where both can be circulated to places very far away. The sulfur dioxide from the eruption that makes it into the upper atmosphere reflects heat from the sun and causes temperatures around the world to drop. This climatic shift is reflected in trees, which show reduced growth or frost rings that effectively mark the year in which the eruption occurred.

The sulfur and tephra can also rain down on Earth’s poles, where they are preserved in layers of ice. When ice cores are analyzed, the amount of sulfate in them can also be used to estimate the likely impact of an eruption on climate. High-sulfate eruptions have greater potential to cause short-term shifts in climate. At the same time, the ice cores’ tephra, which has a unique geochemical fingerprint, can be used to link the sulfur in the ice to an exact volcanic source.

Pearson and her collaborators – which included Michael Sigl of the University of Bern and an international team of geochemists, ice core experts and tephra chronologists – aligned data from tree rings and from ice cores in Antarctica and Greenland to create a comprehensive record of volcanic eruptions across the period when Thera must have occurred – 1680 to 1500 B.C. They used sulfate and tephra evidence to rule out several of the events as potential Thera dates and used high-resolution techniques to geochemically confirm through the ice cores that the eruption recorded in1628 B.C. was Aniakchak II.

“One of these is Thera,” Pearson said. “We just can’t confirm which one yet, but at least we now know exactly where to look. The challenge with Thera is that there’s always been this discrepancy between multiple lines of dating evidence. Now that we know what the possible dates are, this evidence can be re-evaluated, but we still need a geochemical fingerprint to clinch it.”

A blast from the past

As an undergraduate student in 1997, Pearson read two papers that not only sparked her interest in tree-ring science but also marked the starting point of the larger Thera date debate.

The first paper, written by UArizona tree-ring researchers Valmore LaMarche and Katherine Hirschboeck, identified frost damage in bristlecone pine tree-rings from California that corresponded to the year 1627 B.C. The other paper, by Queen’s University’s Mike Baillie and UArizona’s Martin Munro, identified a period of very narrow tree-rings in oak trees from Ireland that started in the year 1628 B.C. Both tree-ring anomalies indicated the sort of abrupt, severe climatic shift that occurs when volcanoes spew sulfate into the stratosphere.

Both sets of authors linked the tree ring-anomalies to Thera because, at the time of the studies, Thera was the only known eruption in that approximate time period. But Pearson’s latest paper confirms those tree-ring anomalies are actually evidence of a different, unusually high-sulfate eruption – Alaska’s Aniakchak II volcano.

“We’ve looked at this same event that showed up in tree rings 7,000 kilometers apart, and we now know once and for all that this massive eruption is not Thera,” Pearson said. “It’s really nice to see that original connection resolved. It also makes perfect sense that Aniakchak II turns out to be one of the largest sulfate ejections in the last 4,000 years – the trees have been telling us this all along.”

“I favor the middle ground. But we are really close to having a final solution to this problem. It’s important to stay open to all possibilities and keep asking questions,” Pearson said.

“Building evidence in this research is best compared to criminal cases, where suspects must be shown to be linked to both the scene and time of the crime,” Sigl said. “Only in this case, the traces are already more than 3,500 years old.”

The study also confirms that any climatic impact from Thera would have been relatively small, based on comparisons of sulfate spikes within the period with those of more recent documented eruptions.

The next step is to home in on the possible Thera eruption years and extract further chemical information from the sulfur and tephra in the ice cores. Somewhere in one of those sulfates there might be one piece of tephra that would have a chemical profile matching Thera.

“That’s the dream. Then I’ll have to find something else to obsess over,” Pearson said. “For now, it’s just nice to be closer than we have ever been before.”

The study is part of a European Research Council-funded project led by Sigl at the Oeschger Centre for Climate Change Research at the University of Bern in Switzerland. The project is named THERA, short for Timing of Holocene volcanic Eruptions and their Radiative Aerosol forcing. In addition to UArizona, the study was carried out by an international network of experts from the University of Bern, University of St. Andrews, Swansea University, University of Maine, South Dakota State University and University of Florence. Funding at UArizona was provided by the Malcolm H. Wiener Foundation. 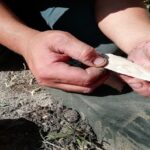 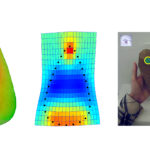