The shoulders of ‘Homo antecessor’ and modern humans are similar

The shape of our shoulders was already present in the Lower Pleistocene, according to a pioneering study published today in the journal Scientific Reports, carried out by Daniel García Martínez and José María Bermúdez de Castro, paleoanthropologists at the Centro Nacional de Investigación sobre la Evolución Humana (CENIEH), in collaboration with David Green of Campbell University (USA).

Studying the shoulder (technically known as the “shoulder girdle”) furnishes information on points significant for human evolution such as locomotion, body shape, the possibility of climbing with ease or the ability to launch objects like stones or spears with high accuracy.

The authors of this work were able to study for the first time shoulder growth and development in the species Homo antecessor, dated to 850,000 years old, using tools from virtual anthropology and 3D geometric morphometry. The results show that the course of development of the shoulder in this species was very similar to that in H. sapiens, although the growth might have been faster.

Almost one million years ago, our evolution had already attained almost all the biomechanical capacities characterizing the shoulder in modern humans, and it had definitively parted ways from the abilities still then retained by the more archaic species of the human phylogeny, including climbing with great agility.

To verify the changes undergone by this part of our anatomy, we need a flat bone: the shoulder blade or scapula. But, as the authors of this study state, “The fossil record of our phylogeny contains barely a handful of these highly delicate bones, which has posed enormous difficulties to studying the growth and development of the shoulders during human evolution”.

By good luck, at level TD6 of the Gran Dolina site, situated in the Sierra de Atapuerca (Burgos), two scapulae have been conserved: one from a child and the other from an individual of age equivalent to a modern adolescent. These fossils were recovered during the excavation in the first decade of the twenty-first century and belonged to the species H. antecessor.

“In an earlier study of these two fossils, it had been noticed that the morphology of the scapulae was similar to our own. But until now, the growth and development model for the shoulders had remained unknown, and this work has now allowed us to check that our shoulder girdle bones have undergone modifications in accordance with different capacities”, says Bermúdez de Castro.

With the scant information available, it was known that the scapulae of Australopithecus species were similar in some ways to those of chimpanzees or gorillas but were different from our own. “We know that the development of our most archaic ancestors was very similar to that of the anthropoid apes, and the morphology of their shoulders shows that they still retained the capacity to climb with ease. We, on the contrary, have lost this ability”, explains García Martínez.

To determine when our anatomical peculiarities arose, in addition to virtual anthropology and 3D geometric morphometry, the researchers used complex statistical methods to study the development of the shoulder girdle in the species H. antecessor, comparing it with other species from the Pliocene and Lower Pleistocene, such as Australopithecus sediba and A. afarensis. A very broad sample from H. sapiens and chimpanzees (Pan troglodytes) was also used.

“This study shows that although there exist slight morphological differences between the scapulae of H. antecessor and H. sapiens, the former were much more similar to modern humans, to H. erectus and even to Australopithecus than to chimpanzees”, comments García Martínez.

With regard to how the scapulae grew, it was also seen that this was very different from what happens in chimpanzees, and comparable with H. sapiens. “However, it is true that the data seem to point to growth being more rapid in H. antecessor, as highlighted by the CENIEH research team on the basis of dental evidence”, emphasizes Bermúdez de Castro.

This paper lays the foundations for how the shoulder girdle developed in Lower Pleistocene species, and opens the door to new research studying shoulder development in fossil species, as it may become possible to expand the timeframe and study this development even in Pliocene species like the genus Australopithecus. 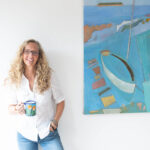 The hatchet falls on… Writers & Lovers 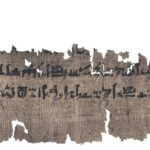