Researchers from Penn and Harvard are the first to make archaeological use of U2 spy plane imagery, and have created a tool that allows other researchers to identify and access the Cold War-era photos

In the 1950s and early ’60s, with the Cold War at its peak, the United States flew U2 spy planes across Europe, the Middle East, and central eastern Asia, taking images of interesting military targets. Though the missions typically connected Point A to Point B, say an air field and an important city, in many cases the camera kept recording between those spots, capturing thousands of photos of the desert, steppes, fields, and villages below.

Such a collection can represent a goldmine for landscape archaeologists like Emily Hammer of the University of Pennsylvania and Jason Ur of Harvard University. But for decades, all film and documents from these missions–code-named CHESS by the U.S. government–remained classified. And even when they became public in 1997, they weren’t indexed or scanned.

Until now, the majority of this kind of historical aerial documentation came from the CORONA spy satellite program, which the U.S. ran between 1959 and 1972. But only the highest-resolution CORONA images, taken during the program’s final five years, are useful for most archaeological purposes. The U2 photos are earlier and a higher resolution than even the best CORONA images, offering the chance to see historical features undecipherable by CORONA or already gone by the time of those missions.

Knowing the potential insight offered by the U2 images, Hammer and Ur began sifting through the materials. By analyzing thousands of high- and low-resolution frames, they discovered many historical and archeological features, including prehistoric hunting traps, 3,000-year-old irrigation canals, and 60-year-old marsh villages no longer visible today. The work, which they published in the journal Advances in Archaeological Practice, represents the first archaeological use of U2 spy plane imagery–and a new and exciting window into history.

“The photos provide a fascinating look at the Middle East several decades ago, showing, for example, historical Aleppo long before the massive destruction wrought in the ongoing civil war,” says Hammer, an assistant professor in Penn’s Near Eastern languages and civilizations department. “Plus, the work and the accompanying online resources will allow other researchers to identify and access U2 photos for the first time.”

Hammer and Ur have both conducted research in the Middle East for decades, in Turkey, Azerbaijan, Iran, Iraq, and Syria. They’ve also both used CORONA spy satellite imagery extensively. However, many of those image sets didn’t date back as far as Hammer wished they would. “We knew that U2 spy planes must have taken thousands of images across large parts of the Middle East, but there was no easy way to access or reproduce the film negatives,” she says.

A chance encounter with Lin Xu, a researcher who had retrieved U2 images of his hometown in China, led Hammer and Ur to press on. “Seeing the amazing quality of those archival photos,” Hammer says, “we knew that it would be worth the detective work it would take to build a systematic index of them.”

It wasn’t an easy process. Ahead of time, they had to select the film rolls they wanted moved from the National Archives’ storage center in Kansas to the aerial film section in Maryland. Once there, the researchers unspooled hundreds of feet of film over a light table to identify pertinent frames, then photographed the negatives in pieces using a 100-millimeter macro lens. Later, they stitched together and adjusted each frame, before geo-referencing the photos using GIS software to match up images with coordinates of real-world places.

Despite the tedium of some of the individual tasks, the process excited Hammer. “As you turn the spool of a film roll following the path of the U2 plane, you may not know exactly what you’ll see in unfamiliar places, so there’s often a sense of exploration and discovery,” she says. “Other times, the pilots were flying over regions I knew by heart from travel and study, and I would almost hold my breath, hoping that the plane had veered just a little to the right or left.”

The hours of work paid off, revealing many important archaeological features, including prehistoric hunting traps called desert kites in eastern Jordan, an Assyrian canal system in northern Iraq, and marshes in southern Iraq, case studies the researchers highlighted in their paper.

Desert kites, stone-wall structures that date back 5,000 to 8,000 years, were used to trap gazelle and other similar animals. The dry desert of eastern Jordan preserved many of them, but agricultural expansion in western Jordan dismantled or destroyed many more. The satellite images bring them back to life, showcasing a web of diamond-shaped enclosures with what look like long kite tails, offering the best view, to date, of these important hunting tools.

The second feature, the canal system in northern Iraq, provides insight into how an early empire maintained its power and governed, Hammer explains. “The Assyrians built the first large, long-lasting, multi-cultural empire of the ancient world, so many people are interested in how they organized territory, controlled people, built their huge cities, and managed the land,” she says. “The irrigation system fed the royal capitals, made agricultural surplus production possible, and provided water to villages.”

Finally, the U2 images of southern Iraq present the layout, size, and environmental position of Marsh Arab communities in the late 1950s and early 1960s, many of which disappeared after massive hydroelectric dams in Turkey, Syria, and Iraq impounded the rivers, and especially after the government of Saddam Hussein deliberately drained the marshes. Before that, “people lived a unique lifestyle there for thousands of years, herding water buffalo, building houses and all manner of things out of reeds, living on floating islands of reeds, planting date palms, and fishing,” Hammer says. “Now we can study the spatial organization, demography, and lifestyles of these communities.”

Though the three archaeological features represent different historical time scales, going back thousands of years or just decades, they all demonstrate how humans are changing the natural landscape, often in ways visible only from a 70,000-foot view.

Aerial images like those from the U2 spy missions allow archaeologists like Hammer and Ur to travel back in time. “The activities of ancient human communities frequently left large-scale traces on the landscape,” Hammer says. “You can’t see these patterns when you’re standing on top of them, but just like stepping back from the blobs of paint on an Impressionist painting reveals the full picture, aerial and satellite imagery allow the patterns to emerge.”

Emily Hammer is an assistant professor in the Department of Near Eastern Languages and Civilizations in the School of Arts and Sciences at the University of Pennsylvania. She is also in the Anthropology and Art and Archaeology of the Mediterranean World graduate groups and is part of the Price Lab for Digital Humanities.

Jason Ur is a professor of anthropology in the Department of Anthropology at Harvard University and director of its Center for Geographic Analysis.

Press release from University of Pennsylvania

Pictures and captions from the paper Near Eastern Landscapes and Declassified U2 Aerial Imagery, by Emily Hammer and Jason Ur, Advances in Archaeological Practice, published online: 12 March 2019; 2019 © Society for American Archaeology. The article is distributed under the terms of the Creative Commons Attribution licence CC BY 4.0. 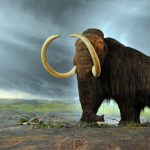 Woolly mammoths and Neanderthals may have shared genetic traits 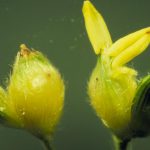 Beer and fodder crop has been deteriorating for 6,000 years