Over 80,000 years ago, Neanderthals were already feeding themselves regularly on mussels, fish and other marine life. The first robust evidence of this has been found by an international research team with the participation of the University of Göttingen during an excavation in the cave of Figueira Brava in Portugal. Dr Dirk Hoffmann at the Göttingen Isotope Geology Department dated flowstone layers – calcite deposits that form like stalagmites from dripping water – using the uranium-thorium method, and was thus able to determine the age of the excavation layers to between 86,000 and 106,000 years. This means that the layers date from the period in which the Neanderthals settled in Europe. The use of the sea as a source of food at that time has so far only been attributed to anatomically modern humans (Homo sapiens) in Africa. The results of the study were published in the journal Science.

The cave of Figueira Brava is located 30 kilometres south of Lisbon on the slopes of the Serra da Arrábida. Today it is located directly on the waterfront, but at that time it was up to two kilometres from the coast. The research team, coordinated by the first author of the study, Professor João Zilhão from the University of Barcelona, found that the Neanderthals living there were able to routinely harvest mussels and fish, and to hunt seals. Their diet included mussels, crustaceans and fish as well as waterfowl and marine mammals such as dolphins and seals. Food from the sea is rich in omega-3 fatty acids and other fatty acids that promote the development of brain tissue.

Until now, it has always been suspected that this consumption increased the cognitive abilities of the human populations in Africa. “Among other influences, this could explain the early appearance of a culture of modern people that used symbolic artefacts, such as body painting with ochre, the use of ornaments or the decoration of containers made of ostrich eggs with geometric motifs,” explains Hoffmann. “Such behaviour reflects human’s capacity for abstract thought and communication through symbols, which also contributed to the emergence of more organised and complex societies of modern humans”.

The recent results of the excavation of Figueira Brava now confirm that if the habitual consumption of marine life played an important role in the development of cognitive abilities, this is as true for Neanderthals as it is for anatomically modern humans. Hoffmann and his co-authors previously found that Neanderthals made cave paintings in three caves on the Iberian Peninsula more than 65,000 years ago and that perforated and painted shells must also be attributed to the Neanderthals.

Press release from the University of Göttingen

The journal Science has published a study led by the ICREA researcher João Zilhão, from the University of Barcelona, which presents the results of the excavation in Cueva de Figueira Brava, Portugal, which was used as shelter by Neanderthal populations about between 86 and 106 thousand years ago. The study reveals fishing and shellfish-gathering contributed significantly to the subsistence economy of the inhabitants of Figueira Brava. The relevance of this discovery lies in the fact that so far, there were not many signs of these practices as common among Neanderthals.

Regarding the consequences of this study, João Zilhão notes that “an influent model on our origins suggests the common consumption of water resources -rich in Omega3 and other fatty acids that favour the development of brain tissues- would have increased the cognitive skills of modern anatomy humans. That is, those humans who, in Africa, were contemporaries of Neanderthals and are usually regarded as the only ancestors of the current Homo sapiens”. But the results of the excavation of Figueira Brava state that, if this common consumption of marine resources played an important role in the development of cognitive skills, it did so on the entire humanity, including Neanderthals, and not only the African population that spread later”.

Zilhão member of the Prehistoric Studies and Research Seminar (SERP-UB), lists the research study in the line of “proof that accumulated over the last decade to show Neanderthals had a symbolic material culture”. Two years ago, in 2018, the journals Science and Science Advances published two studies co-led by João Zilhão which showed that more than 65,000 years ago, Neanderthals made cave paintings in at least three caves in the Iberian Peninsula: La Pasiega, Maltravieso and Ardales (Science). Furthermore, more than 115,000 years ago, they used perforated marine shells and with ocher remains, such as the ones from Cueva de los Aviones (Murcia, Spain), as pendants and shell containers with residues of complex mixes of pigment (Science Advances). These findings, the most recent one being the one in Figueira Brava, “support a view on human evolution in which the known fossil variants, such as Neanderthals’ in Europe and its African anatomy contemporaries -more similar to ours-, should be understood as remains from our ancestors, not as different higher-lower species”, notes Zilhão.

A 50% of the diet of the inhabitants in Figueira Brava was built by coastal resources: molluscs (limpet, mussel and clams; crustaceans (brown crab and spider crab); fish (shark, eel, sea bream, mullet); birds (mallard, common scoter, goose, cormorant, gannet, shag, auk, egret, loon), and mammals (dolphin, seal). This was completed with the hunt of deer, goats, horses, aurochs and other small preys such as tortoises. Among the other carbonised plants were olive trees, vines, fig trees and other Mediterranean climate typical species, among which the most abundant was the stone pine -its wood was used as combustible. Pine forests were exploited as fruit tree gardens: mature pines, albeit closed, were taken from the branches and stored in the cave, where the fire could open them so as to take the pines.

The study also provides other results, such as the idea of the concept of Neanderthals as cold and tundra peoples, experts on hunting mammoths, rhinos, buffalos and reindeers, is biased. “Most Neanderthals would have lived in southern regions, specially in Italy and in the Iberian Peninsula, and its lifestyle would have been very similar to those in Figueira Brava”, notes Zilhão.

Another important affirmation in the study is the familiarity of humans with the sea and its resources as something older and wider than what was thought. “This could probably help explain how, between 45,000 and 50,000 years ago, humans could cross the Timor Sea to colonize Australia and New Guinea, and then, about 30,000 years ago, the closest islands to the western Pacific”, says Zilhão.

Press release from the University of Barcelona

Neanderthals: Pioneers in the use of marine resources

Neanderthals slurping seashells by the seashore? This scene may startle those accustomed to imagining Homo neanderthalensis as a people of cold climes who hunted large herbivores. Yet an international team including scientists from three laboratories affiliated with the CNRS and partner institutions* have just demonstrated that Neanderthals hunted, fished, and gathered prodigious volumes of seafood and other marine animals: they discovered remains of molluscs, crustaceans, fish, birds, and mammals in a Portuguese cave (Figueira Brava) occupied by Neanderthals between 106,000 and 86,000 BCE. The diversity of marine food resources found there even exceeds that observed at other, much more recent Portuguese sites, dated to 9,000-7,500 BCE. The team’s findings, published in Science (27 March 2020), suggest that many Neanderthal groups–living in Mediterranean climates far from the mammoth hunts of the frigid steppes–shared these dietary habitats.

Press release from the CNRS 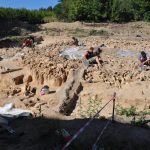 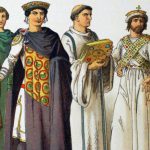